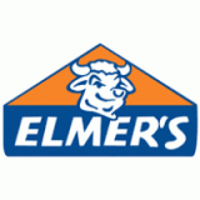 Santa Clara, CA: The maker of Krazy Glue, Elmer’s Products Inc, is facing a consumer fraud class action lawsuit alleging the glue packaging contains slack fill, and that Elmer’s is profiting by way of the packaging, by misleading consumers.
According to the suit, filed by plaintiff David Spacone, the large and opaque packaging for Krazy Glue misleads customers into thinking the package contains significantly more glue than it actually does. Specifically, the suit states that the opaque container is more than five times larger than the "tiny tube of glue" that contains the product.

“This packaging prevents the consumer from directly seeing or handling the product and leads the reasonable consumer to believe that the package contains significantly more product than it actually does,” the complaint states.

Spacone claims that he bought Krazy Glue at a True Value hardware store in Los Angeles, believing he was buying the amount represented by the “Stay Fresh” container, instead of the smaller tube inside of it. However, because the container is opaque, consumers cannot see how much product they are actually buying, the complaint states.

“If plaintiff had known at the time of purchase the actual size of the tube of product contained in the packaging, he would not have purchased the Krazy Glue or paid less for it,” the suit states.

The allegation that the container is misleading is based on the amount of nonfunctional slack fill, which is defined in California state law as “the empty space in a package that is filled to substantially less than its capacity,” according to the complaint.

“The use of non-functional slack-fill allows [Elmer’s] to lower their costs by duping customers into thinking they are getting a better bargain than they actually receive,” the complaint says. “As a result, [Elmer’s] has realized sizeable profits.

Three classes are proposed, namely a nationwide class of those who purchased a .07-ounce tube of Krazy Glue in a .37-ounce outer container, a California sub-class and a Consumer Legal Remedies Act California subclass.

The case is David Spacone v. Elmer’s Products Inc. et al., case number BC648907 in the Superior Court of the state of California for the County of Los Angeles.