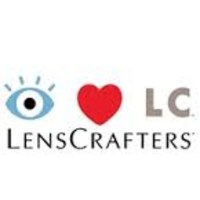 San Francisco, CA: LensCrafters is facing a proposed consumer fraud class action lawsuit alleging it falsely claimed that its prescription eyeglasses are made with pupillary distance measurements that are five times more precise than traditional measurements.
According to the complaint, filed by Kathleen Infante, LensCrafters, advertises its Accufit Digital Measurement System measures the distance between pupils to the tenth of a millimeter. Infante states that the defendant claims this system allows it to produce prescription glasses with more accurate lenses that put “the prescription exactly where you need it to see your best.” However, she asserts that this technology doesn't, in fact, result in more accurate eye wear products.

“Because LensCrafters’ manufacturing process uses the same decades-old traditional methods, the end-product sold to customers cannot and does not have PD measurements that are ‘five times’ more accurate than traditional methods,” the complaint states.

According to the proposed lawsuit, the manufacturing equipment that LensCrafters uses doesn’t measure more precisely than 1 millimeter, which is the same precision as a standard ruler. Even if the Accufit system measures within a tenth of a millimeter, the manufacturing technology is incapable of actually producing glasses with that much accuracy, the complaint states.

“Even assuming the Accufit technology is, as advertised, five times more accurate than manual measurements, LensCrafters cannot and does not translate the measurements taken from the Accufit system into its manufacturing process,” the lawsuit asserts.

According to the complaint, while LensCrafters employees allegedly were aware of the equipment’s shortcomings, they were discouraged from discussing the manufacturing process with customers.

Infante seeks to represent a class of California residents who purchased prescription glasses from LensCrafters since September 5, 2011. The complaint states that LensCrafters introduced the Accufit system around 2011.