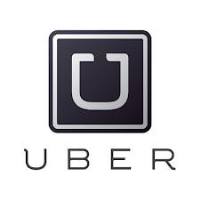 According to the complaint, Mr. Smythe started as a Lyft driver in September 2014, one month after accusations began concerning "Operation SLOG,"an alleged Uber-sponsored campaign that involved spamming Lyft drivers with false ride requests in an effort to negatively impact Lyft' business.

This allegedly involved Uber creating dummy Lyft accounts with prepaid cellphones and credit cards which were then used to place fake requests with Lyft drivers. According to the lawsuit, Uber' alleged operation amounted to unfair business practices under California law as well as intentional interference with prospective economic advantage.

The complaint asserts that Uber engaged in a "systematic course of creating fraudulent Lyft accounts from which sham orders were placed, at least in part to deprive Class members from earning income in violation of California Business and Professions Code which prohibits unfair business practice."

Further, Smythe claims in the proposed class action that Uber directed its drivers and third-party companies to make these requests "for the sole purpose of luring Lyft drivers to locations in which a false request for service directed them."

"Uber Technologies did this to discourage Lyft drivers from contracting with Lyft, to deprive the marketplace of Lyft drivers so that Uber drivers could benefit and to create a higher wait time for Lyft customers in order to steer their patronage to Uber Technologies in violation of California Business and Professions Code,"the complaint states.

Smythe is represented by Jeffrey Fulton, as well as R. Parker White and William Brelsford Jr. of the firm Poswall, White and Brelsford. Both firms are in Sacramento, California.