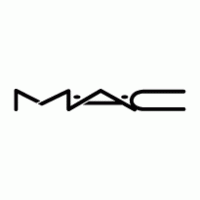 Los Angeles, CA: MAC Cosmetics is facing a proposed employment class action lawsuit alleging the company deprives its employees working in department stores of legally entitled rest breaks. The proposed lawsuit also claims MAC fails to reimburse its employees for business expenses.
According to named plaintiff Janet Monteon, she was entitled to two 10-minute rest breaks per eight-hour shift. However, she states in the complaint that she only got her second break after eight hours of work, and not at six hours, in violation of California labor law.

Monteon worked as an hourly employee at several MAC makeup counters in Macy’s department stores across Los Angeles from September 2008 to December 2017.

The complaint states that the noncompliant shifts can be determined on a classwide basis using “simple accounting and analysis of timekeeping records and payroll records.” Monteon also claims those could be used not only to identify class members, but also to calculate what each employee is owed.

According to the proposed lawsuit, the withheld rest breaks are the basis for wage statement and late payment claims. Workers were entitled to a premium for forfeiting their second rest break, she alleges. That meant their wage statements were inaccurate and that they are owed late-pay penalties on their still-unpaid premiums.

Further, MAC allegedly required its counter employees to download a messaging service app called “Group Me,” that updated workers on company news and policy via their phones. Monteon alleges she was never given a company cell phone and wasn’t reimbursed for data usage on her personal device.

The lawsuit seeks to represent a class of counter sales employees who have worked for MAC in California stores after February 28, 2014. Further, there is also a separation pay subclass for people who no longer work for the company and were subject to its rest break policy, a wage statement subclass for people who received inaccurate wage statements and a subclass that tacks on and Unfair Competition Law claim.

Allegations include various violations of the California Labor Code for failure to provide the breaks or compensate for them, failure to reimburse business expenses, failure to pay final wages and failure to offer accurate wage statements. The suit also alleges violations of California’s Unfair Competition Law, saying the rest break policy and nonpayment of expenses gave MAC “an illegal superior competitive advantage over other lawful employers in this retail industry.”

The case is Janet Monteon v. MAC Cosmetics Inc., case number BC695765, in the California