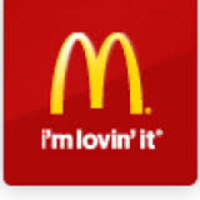 Miami, FL: A former employee for McDonald’s in the Miami area has filed a discrimination class action lawsuit against the fast food restaurant alleging her former employer violated her state civil rights.
Filed by Patricia J. Daza Butron, the lawsuit claims she was discriminated against based on her her nationality of origin and disability. Burtron worked for McDonald’s franchise operator Nova Restaurant Inc, for 14 years, as a food preparer. During her employment there she alleges she faced discrimination due to a disability as well as expletive-laced slurs from managers due to her Bolivian background.

Butron alleges she was fired in 2015 as a result of discrimination based on her age and disability and in retaliation for the complaints she made about the harassment she experienced from her managers.

“Throughout her employment with defendant, plaintiff was continually mistreated due to her national origin, age, disability, and race,” the complaint states. “Plaintiff was subjected to harassment by her district managers Nadia and Olga, the individuals of Haitian and Cuban national origin.”

Further, the lawsuit contends that McDonald’s violated the Fair Labor Standards Act (FLSA), as Butron claims that despite regularly working in excess of 40 hours per week, she was not paid for those hours.

Additionally, Butron states in the lawsuit that she has limited movement in her left hand due to a stroke. She alleges her managers did not accommodate her lack of mobility stemming from this injury and that instead, they often assigned her tasks requiring her to use her injured hand. She had also tried to wear different shoes for work, since those provided by the company caused her pain when she wore them, however she was made to wear the company-provided shoes, according to the complaint.