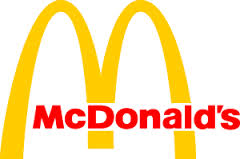 Albany, NY: McDonald's Corporation and a local New York McDonald's franchise owner are facing a class action lawsuit for violations of State and Federal wage and hour laws. The lawsuit, filed on May 6, 2013 in Federal District Court, alleges that Ralph Crawford and McDonald's Corporation engaged in the illegal practice of time-shaving, in which a supervisor trimmed payroll costs by repeatedly and routinely deleting compensable time from its employees.
The class action lawsuit also alleges that defendants routinely deprived employees of a 30 minute uninterrupted lunch break; failed to compensate employees for all hours worked; failed to provide employees with mandatory disclosures concerning their rate of pay; failed to provide employees with mandatory disclosures related to wage deductions; and, deprived employees of overtime.

The lead plaintiff is Jeffrey Schuyler, a former McDonald's employee who was terminated after he reported the wage hour violations to his supervisors. Mr. Schuyler brings individual claims for wrongful discharge in violation of Federal and State Law.

The class action lawsuit is filed on behalf of all non-exempt employees that worked in a Ralph Crawford owned McDonald's franchise over the past 6 years. The estimated size of the class is 500 members.

The case is being prosecuted by Hacker Murphy, LLP, an Albany, NY based litigation firm.