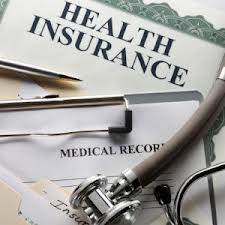 New York, NY: A medical insurance fraud class action lawsuit has been filed against several defendants including Allied Health Benefits, the United States Life Insurance Company in the City of New York, Health Lead Systems and Albert Cormier Solutions and the National Better Living Association alleging the companies deceived thousands of people into buying medical coverage that had low caps and limited benefits.
Specifically, the federal lawsuit, filed by lead plaintiff Jacquelyn Weaver, claims the "junk insurance"was sold as comprehensive medical coverage, and was targeted to customers who either did not qualify for employer sponsored health care plans, or they were unable to afford those plans.

According to the lawsuit "This action challenges a deceptive and predatory 'association plan' insurance scam designed to enrich defendants at the expense of vulnerable consumers seeking individual health insurance."The lawsuit goes on to state, "This scheme is carried out by setting up a 'group association,' which is nothing more than a subterfuge to avoid regulatory oversight. Then, as part of the association' purported 'group benefit,' the defendants deceptively market and sell certain worthless, junk insurance under the auspices of comprehensive, major medical insurance to consumers who cannot afford or who are ineligible for credible coverage."

Jacquelyn Weaver claims she submitted information through one of the defendants' websites and received a quote for a group-based insurance policy. She claims she was led to believe she was dealing with a legitimate health insurance company that would provide her with comprehensive medical coverage, which, like other defendants, she could not afford from major providers.

"In truth, the purported 'coverage' is extremely limited and essentially worthless, often leaving consumers with substantial unpaid medical bills and medical debt,"the lawsuit states. "This scheme, which has reaped substantial profits for the defendants, was played upon the named plaintiff and thousands of other vulnerable consumers across the United States."

Additionally, Weaver alleges that people who purchased the health insurance policies underwritten by the United States Life Insurance Company, were automatically added as members of the association and were charged membership fees in addition to their insurance premiums.

Weaver claims the defendants took advantage of state regulators' lack of authority over association coverage and "limited membership plans"in order to carry out their deceptive business practices and allegedly fraudulent insurance schemes. The lawsuit is seeking class certification, restitution and damages for violations of the Racketeer Influenced and Corrupt Organizations (RICO) Act, breach of contract, unjust enrichment and conspiracy.

Posted by
YUNIA ESQUIVEL
on October 17, 2016
i bought last year and this year insurance i was covered anthing