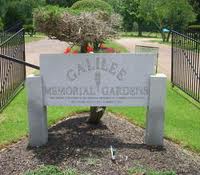 Memphis, TN: A $100 million consumer fraud class action lawsuit has been filed against Galilee Memorial Gardens cemetery, its owners M.J. Edwards, N.J. Ford, and two well-known Memphis funeral homes, and any other funeral home that contracted business with Galilee Memorial Gardens after December 31, 2010, which is when its business license became invalid.
The lawsuit alleges the defendants lost bodies, disinterred bodies, stacked bodies/caskets on top of one another in single burial plots, crushed caskets to enable stacking more than one individual in a single burial plot, and lost track of remains and buried bodies, among other things.

Anyone who buried a body at Galilee Memorial Gardens after December 31, 2010 was doing so in violation of state law. Attorneys for the plaintiffs estimate at least 1,000 bodies were buried there in the past three years.

The lawsuit also states that funeral homes that conducted business with Galiliee were on active and constructive notice that the individual who held the business licence for the cemetery had died months before the license expired.

The lawsuit seeks to represent anyone with a loved one buried at Galilee Memorial Gardens in the past three years. Plaintiffs are represented by James E Blunt IV, of Blount Law Firm, A James Andrews, and Howard B. Manis of the Manis Law Firm.

Posted by
Jacqueline R Conley
on October 1, 2018
I think that this was going on even before the owner's father died. When visiting my son's grave site I was very displeased with the grounds up keep it was always soft and ground was always mussie. I had dreams nightly that I needed to find my son it was so real that I thought I was losing my mind. Three years later this went public of the graves disturbance and bodies being stack on top of each other. What was done there was very inhuman and cruel. When you lose a child its like losing a part of you and it's a lost that you never forget or get over you bury it deep down in your soul. Since all of this has come up repeatedly it's like losing your love one all over again. The state couldn't confirm whether his grave was disturb or not I was told that they just couldn't tell me if my son was where I laid him to rest or if bodies was buried on top on him. I didn't want to leave him when the service was over I was forced to I didn't see his coffin lowered in the ground and the director with N J Ford insisted that I leave now. This is very sad and hard on my family. Please don't limit this to just four years this has been going on longer than that. A mother's love and intuition
Posted by
Lawrence Brown
on November 14, 2015
everyone in my family that has passed is buried at Galilee Cemetry I had a grandmother and an aunt both were buried there in 2011.