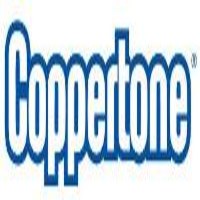 Newark, NJ: A consumer fraud class action lawsuit has been filed against Bayer Healthcare LLC and Merck & Co. Inc. alleging the advertising for their Coppertone Sport High Performance SPF 30 sunscreen is wilfully false and misleading because the product does not provide greater protection against the sun as advertised, resulting in consumers paying for the product under false pretenses.
Filed by consumer Andrew Roseman, the complaint states that Merck and Bayer acquired the Coppertone product line in 2014, and that they tested the products and found hat their actual SPF is “substantially lower” than SPF 30.Therefore, they have mislabeled the spray and lotion versions of the sunscreen at SPF 30.

“Plaintiff and putative class members have been, and continue to be, injured by defendants’ pattern and practice of placing into the stream of commerce sunscreen products containing a false SPF number, and largely inflated UV protection numbers, which defendants manufactured, distributed, and sold,” the complaint states.

The spray and lotion versions of Coppertone Sport High Performance SPF 30 sunscreen each indicates on the front of the label that the product provides an SPF of 30, the suit says.

The complaint cites the Coppertone website, which encourages consumers to buy a broad spectrum sunscreen with an SPF of at least 30 for protection from roughly 97 percent of the sun’s harmful rays.

However, the complaint notes that results from testing done by Consumer Reports indicate that the spray version’s actual SPF is less than half of that advertised.

Further, Roseman conducted his own testing which similarly found that the average SPF for Coppertone product’s was 13.9 as opposed to the SPF 30 as advertised. According to the complaint, Roseman’s test results show that the lotion’s SPF was 14.8.

Conversely, the label on Coppertone Sport High Performance SPF 30 product cautions against using products with an SPF of less than 15, according to the complaint.

“With a true SPF of only 13.9 and 14.8, the sunscreens do not even meet the minimum SPF value of 15 prescribed by their own labels, thereby subjecting users, according to those labels, to an ‘increase[d] … risk of skin cancer and early skin aging,’ not to mention sunburns,” the suit says.

Roseman alleges Bayer and Merck conducted their own tests of the sunscreen prior to selling the Coppertone products, and therefore were aware that their labels were false. Roseman asserts that had he known the true SPF of the products, he would not have purchased them or would have paid less for them.

Roseman seeks to represent a class of New Jersey residents who have purchased Coppertone Sport High Performance SPF 30 sunscreen spray or lotion within the state since November 2, 2011.

Posted by
Lorena
on December 3, 2018
Wow. .this is deveststing & upseting to me as consumer! As expensive as this brand is your buying it because you think product actually works & uses the proper ingredients to actually protect your skin. FRAUDS!!!
Posted by
Karen Olson
on July 17, 2018
I've continually purchased Coppertone because of the advertisement that it was a better product. I've always gotten sunburns while using it.
Posted by
Kate McMillan
on January 25, 2018
I bought this sunscreen specifically because I thought it would provide better protection. I used it as indicated for a day I was outside for a number of hours and still got a sunburn.