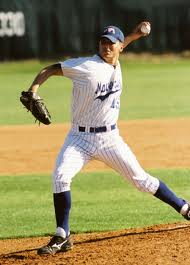 San Jose, CA: A federal class action lawsuit has been filed on behalf of minor league baseball players who allege they are paid less than the Fair Labor Standards Act (FLSA) federal minimum wage. Aaron Senne, former Marllins player and lead plaintiff in class action, together with Co-plaintiffs Michael Liberto and San Jose Giants pitcher Oliver Odle filed the lawsuit, which claims :"Most minor leaguers earn between $3,000 and $7,500 for the entire year despite routinely working over 50 hours per week (and sometimes 70 hours per week) during the roughly five-month championship season. They receive no overtime pay, and instead routinely receive less than minimum wage during the championship season."
According to the class action, the players all wish to represent to Minor League Collective class, and also, classes that play in Florida, North Carolina and New York (Senne), Arizona (Liberto), and California (Odle).

According to the lawsuit, MLB and its franchises have exploited these young players by paying illegally low wages. Most minor leaguers have been paid less than minimum wage and work overtime hours without receiving overtime pay. The lawsuit also alleges that during other periods of the year, such as spring training and the winter off-season, minor leaguers work while receiving no pay at all.

"Since minor leaguers do not belong to a union, nothing has prevented the defendants from artificially and illegally depressing minor league wages. Indeed, MLB's exemption from antitrust laws has only made it easier. Given that MLB carefully controls the entryway into the highest levels of baseball, and given the young minor leaguer's strong desire to enter the industry, MLB and the defendants have exploited minor leaguers by paying salaries below minimum wage, by not paying overtime wages, and by often paying no wages at all." The lawsuit is seeking class certification and damages for FLSA minimum wage and overtime violations, recordkeeping requirements, state wage and hour violations, payday requirements, waiting time penalties, itemized wage statement violations, unfair business practices and quantum meruit.

The plaintiffs are also seeking an injunction preventing the defendants from implementing their unlawful practices and requiring them to pay all wages pursuant to state and federal law.

The lead plaintiffs are represented by Daniel Warshaw with Pearson, Simon & Warshaw, in Sherman Oaks.