Were you looking for Data Breach lawsuits?
January 24 2014 - by Lucy Campbell 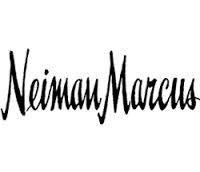 New York, NY: Neiman Marcus is facing a data breach class-action complaint, filed in the Eastern District of New York over the recent news that the high end retailer suffered a data breach affecting an undisclosed number of payment cards.
Filed by Melissa Frank, the lawsuit alleges fraudulent charges made on her debit card are a result of the incident. Neiman Marcus customers likely to be affected by the data breach will have had their cards swiped at US Neiman Marcus stores (including "Last Call"outlets) at some point between December 15, 2013, and January 1, 2014.

The lawsuit claims that Neiman Marcus "failed to implement and maintain reasonable security procedures and practices appropriate to the nature and scope of the information compromised in the data breach,"according to the complaint. The lawsuit also states that the retailer revealed a breach had transpired only after technology journalist Brian Krebs broke the story on January 10, 2014.