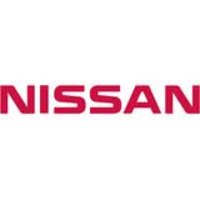 Santa Clara, CA: Nissan North America is facing a proposed defective automotive class action lawsuit filed by a waste management company alleging the automotive manufacturer and Nissan World LLC, a local dealership in New Jersey, concealed transmission problems with the 2014 Nissan Sentra.
Specifically, the plaintiff, Pinto of Montville Inc, claims in the proposed suit that the defendants falsely advertised and sold the Nissan Sentras despite the presence of the alleged defect. “Notwithstanding this longstanding problem and extensive knowledge of the issue, Nissan and the dealership continued to advertise and sell the defective vehicles, failed to issue and appropriate recall, and, amazingly, continued to market the CVT as a more ‘durable’ and reliable transmission,” the complaint states.

The alleged defect, continuously variable transmissions, has been reported to the National Highway Safety Administration (NHSA) in consumer complaints during the past 10 years.

According to the suit, Pinto bought a Nissan Sentra in July 2014. The problems with the transmission began while the car had less than 20,000 miles on the clock. Those problems include engine revving during gear shifts and shaking and unexpected downshifts while driving. Despite bringing these issues to the dealership, managers claimed the vehicle did not have any problems, the plaintiff claim.

After being replaced four times between 2014 and 2016, due to damage from the alleged defect, Pinto states it tried to make a claim under the New Jersey’s Lemon Law. The dealership, despite correspondence from retained counsel, allegedly refused to acknowledge the transmission had problems or preserve the defective transmission in the Sentra pending the suit, amounting to evidence spoilation, according to the complaint.

The suit seeks to represent a class consisting of all owners of the 2014 Nissan Sentra in New Jersey. In total, 11 claims are made, including those for violation of the state’s consumer fraud law, violation of express and implied warranties, product liability, false advertising, and violation of the state’s “lemon law,” among others. The complaint seeks damages and a recall and repurchasing of all 2014 Sentra models registered or sold in the state.

Posted by
David Monroe
on May 31, 2019
My Transmission on my 2013 Nissan Sentra failed after 3 years. I still owed 2 years on the loan but was told by Nissan that it was 90 days passed the warranty. It seized up while I was moving from a stopped position and slowly accelerating through a traffic intersection. Never had an issue with it before. The car just shuddered loudly and froze in the middle of the intersection and the shift knob would not move at all and the car had to be pushed from the road. I was the only owner and a good driver. I had to buy a new transmission from Nissan and was only given a one year warranty. All total my costs for replacing the transmission were over $4,000. Since then my car was totaled by a hit and run. I told my insurance company that the car had a new transmission and they wanted a copy of the repair record and warranty. I called Nissan to get a copy of the repair record. They said all records are destroyed after a year and I was out of luck. Total scam and cover up. Please add me to any class action lawsuit against Nissan concerning Nissan Sentra.
Posted by
Edward Jones
on September 27, 2018
I have a 2014 Nissan Sentra SV with CVT and I just forked over 4,254.45 for a reman CVT from a Dealership in Norwich Connecticut
Posted by
Adriana R
on November 20, 2017
I have the Nissan Sentra SV 2013, still owe 5k and I am facing having to change the CVT transmission for 3k. I realize now the issues it has, it had them from the start. I was told that the pickup on the car is that way because it’s part of the oil economy feature. I went to look at the manual and no where does it provide a hint of recommended maintenance recommendations for the transmission. I went for an oil change to Nissan for the 7 point inspection knowing my transmission is on it’s last leg, and Nissan inspection does not recommend any sort of transmission maintenance at any time. They said I had an oil rear gasket leak. While he was saying that, I heard one person paying for the CVT replacement, while the other was quoting a CVT replacement on the phone. I purchased a new car as a single female who needs a reliable car.