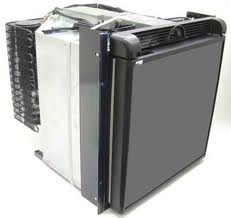 Los Angeles, CA: Consumers in California and Florida have filed a defective products class action lawsuit alleging that the manufacturers of Norcold brand gas absorption refrigerators, used in RVs and boats, knowingly sold defective refrigerators that posed a serious fire risk but hid that information from the public and federal regulators. The class action lawsuit, filed today in Orange County, Calif., seeks relief on behalf of all persons who purchased or owned RVs or boats in California and Florida equipped with three models of Norcold-brand gas absorption refrigerators. The complaint names Norcold, Inc., Thetford Corporation and Dyson-Kissner-Moran Corporation (DKM) as defendants.
The lawsuit alleges that since 1999, Norcold' refrigerators have caused at least 2,000 fires resulting in millions of dollars in property damage, personal injury and death. The refrigerators contain flammable gases under high pressure, including hydrogen. The gases are heated by electricity or propane to circulate and provide the refrigeration effect. Fires are caused when defects in the refrigerator design release the flammable gases, which can then explosively ignite and spread quickly through the refrigerator compartment and into the passenger area of the RV.

The lawsuit alleges that the companies knew of the potential fire hazard associated with its refrigerators, but rather than eliminate the design and manufacturing defects or provide an adequate warning of the potential safety risks to users of the product they tried to conceal and minimize these dangers through a series of limited manufacturer-initiated product safety recalls through the National Highway Traffic Safety Administration (NHTSA), beginning in 2000.

In each product safety recall, Norcold represented that there was a single failure modality in a limited portion of their product population. They provided a retrofit that would fix that defect, rendering the refrigerators safe to use. But in truth, the lawsuit alleges, the refrigerators had a number of different failures that were common to all of the product lines, information that was never adequately disclosed to NHTSA or users of the product, nor remedied by the retrofit campaigns. Further it' alleged that the devices provided by the companies to "fix"the defects were not only ineffective to remedy the propensity of the refrigerators to cause fires, but were designed, when triggered, to render the refrigerators inoperable and unrepairable, requiring users to purchase new refrigerators that contained the same design and manufacturing defects as the originals, and which had the same propensity to cause fires.

Posted by
Rus Rimmerman
on September 5, 2021
Our 2020 travel trailer just had a Norcold fridge caused fire causing a good bit of damage. We're waiting to hear what's next, but what a mess to have to go through.
Posted by
Dorian Gulledge
on April 3, 2017
We just lost our 2000 40' diesel motorhome TODAY (4-3-17) due to the Norcold refrigerator fire. It was stored in a large vehicle storage facility.
Posted by
Walter Vereen
on October 5, 2016
My Norcold refrigerator will stop cooling and I will have to turn it off and back on to restart it. I have taken it to Camping World on Several occasions and they say they can not find the problem. I hope I do not end up with my RV burning down to rectify the problem.
Posted by
Terry Robinson
on May 8, 2016
we owned a 2008 crossroads Seville and we made several trips to the shop and had several on site visits from a repairman. The refrigerator had an issue keeping the refrigerator cool enough to keep food
Posted by
James richardson
on May 4, 2016
We had trouble with our side by side nor old in our 2004 mountain aire. We finally had to replace with a
Samsung house fridge that worked with our inverter. What an expense and trouble that was
Posted by
Raymond L. Boggs
on May 3, 2016
we have a 05 Fleetwood expedition diesel pusher and it has a norcold fridge. a norcold recall was done and the black box failed shortly after.. however , since the unit is corroding and leaking gas to catch on fire , it seems the only fix is a new unit
Posted by
Joseph Granados
on May 2, 2016
We owned a 2006 Fleetwood Bounder RV which had a Norcold side-by-side refrigerator/freezer. We had several instances of breakdown that required travel to a dealer and costly repair bills.
Posted by
Susan Studstill
on January 22, 2016
I have a 2006 Dolphin RV and the norcold fridge has a black box on it on the outside of the motorhome. the box fails time after time and renders the refrigerator unusable. I have had a technician come out "to teach me a $150.00 valuable lesson), he reset the box with a magnet. It has happened again and will not reset. I called Norcold and they told me to take it to TRIAM RV in Ocala, FL, they refused to look at it as the last time they fixed one the motor home burned down and they are now being sued. Norcold does nothing but give me the runaround and insists they will give me another dealer name to take it to. Seems like they just dump their problems on the dealer. Why don't they replace the refrigerators and come up with a better reset option. I have asked them to replace my refrigerator and they refuse. This is crazily insane!! People are rewiring their boxes to override the sensor, there is a serious problem with this black box "FIX" and motor homes are burning down due to their negligence.