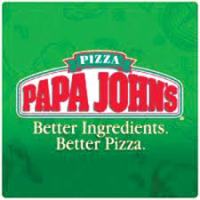 New York, NY: New York state Papa John' pizza franchises are under investigation regarding allegation they underpay their workers. Subpoenas were sent to the pizza chain' Louisville, KY, headquarters by investigators with Attorney General (AG) Eric Schneiderman, seeking point-of-sale records from some or all of New York state' 127 Papa John' for the last seven years.
Among the possible allegations are concerns local franchises are not paying their workers overtime pay by having workers divide their 40-hour-a- week work schedule between two stores, a practice known as "shuttling". As each store is a separate company and reports the labor numbers to the state independently, it' hard for the state to put the numbers together. So if an employee works 20 hours at one store and 30 at another, the state may not be able to track that.

However, information automatically sent to corporate headquarters from the point-of-sales registers in every store." an action perhaps not known to the franchisees." uncovered the alleged scam, The New York Post reported. If this is the case, the AG could use the point of sale records as evidence of employment fraud.

Papa John' International is the head of a 3,100 restaurant franchise organization, and is not the subject of the probe. However, whether or not executives in the Louisville head office were, or should have been, aware of the possible fraud remains to be determined.

The investigation is also looking at whether the franchisees avoided paying their employees by having delivery workers work for over two hours a shift at regular stores folding boxes and mopping floors. Delivery workers allegedly rely entirely on tips and are paid less than the minimum wage.