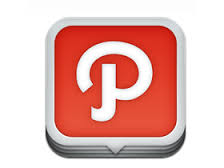 Chicago, IL: The mobile social network Path is facing a potential class-action lawsuit for allegedly sending unsolicited text ads to people's cell phones, in violation of the Telephone Consumer Protection Act (TCPA).
Filed in Illinois, by Kevin Sterk, the TCPA lawsuit alleges that Sterk received an unsolicited SMS message in March from Path. The message stated that someone else wanted to show Sterck photos on the service, and contained a link to a site where he could register to join. Sterk claims he never authorized Path to contact him via SMS. Further, the lawsuit alleges the company has sent similar text messages to "thousands"of other cell phone users.

The lawsuit contends that these unsolicited messages violate the TCPA, which prohibits companies from using automated dialing services to send SMS messages without the recipients' consent. The law provides for damages of $500 per incident. Sterk, who is seeking class-action status, is asking for monetary damages and an order prohibiting Path from sending unsolicited text messages.

Sterk and plaintiffs are represented by Jay Edelson of Edelson LLC.