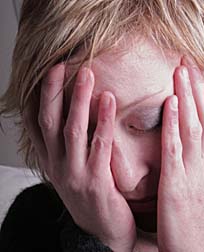 These consumers also allege that the drug "is more addictive" and "has a greater tendency to induce physical and physiological dependency" than other similar drugs.

Paxil, known as a Selective Serotonin Reuptake Inhibitor (SSRI), is used by millions of people worldwide and generates more than $1 billion USD in annual sales. Paxil has been in the news previously for risks of birth defects and risks of suicidal behavior and increased violence in children and adolescents.

If you or a loved one has suffered severe withdrawal side effects from Paxil, you may qualify for damages or remedies that may be awarded in a possible class action lawsuit. Please fill in our form on the right to submit your complaint to a lawyer who will review your claim at no cost or obligation.
Stay Informed
Get the latest on class action lawsuits, settlements & more! Subscribe to our free weekly newsletter.
Get our Newsletter!
Submit a New Complaint
Been wronged by a similar product or service?
Click here to send us your complaint.

Posted by
Patricia Bradford
on October 9, 2018
I had severe serotonin syndrome symptoms for over a year from taking paxil. Doctor didn't help. Rapid heart rate, severe agitation and anxiety. Insomnia. Weaned slowly off paxil 4 months ago. Had severe withdrawal symptoms. Headache, whooshing of the brain, dizziness,
Posted by
Massachusetts
on April 14, 2015
Severe withdrawal symptoms, including vertigo and almost fainting, which led to a 911 call in the middle of the night.
Posted by
New Mexico
on October 11, 2014
Been on Paxil 18 years, currently on my third try at quitting; however, I don’t think I will ever be able to quit due to the severe side effects I am now having, and have had in the past. I have been weening myself off Paxil for a month now, from 40 mgs down to 20 mgs every third day. My side effects include severe nightly sweats, sleep disturbances, depravation, nightmares. Also nausea, fatigue, headache, ringing in ears constantly. Now that I am older it really takes a toll on me and my loved ones. I used to be very active.
Posted by
North Carolina
on August 25, 2009
Numbness in tongue, moodiness, electric shocks, dizziness, weak limbs, dry tongue, headaches, nausea, loss of apetite, sleep disturbance, banging in head, incapacitation.
Posted by
Virginia
on November 23, 2008
Due to Paxil I have suffered health-related issues (weight gain, high blood pressure). I have suffered major issues due to Paxil withdrawal. Paxil was stopped in an effort to get off medication without any warning of the possible withdrawal issues from my doctor or the manufacturer. I spent one day in the emergency room due to flu-like symptoms, vertigo and abdominal pain only to be sent home with a mild painkiller. I spent the next day trying frantically to call my former psychiatrist's office (she retired a month ago) to get an emergency refill of medicine. After 4 days off the medicine I was reduced to tears, dizziness, severe nervousness and a general feeling of impending doom. A doctor finally called me back and called in a prescription for me. I am now recovering, but genuinely fear for my life if I am to every try stopping Paxil treatment again.
Posted by
Maryland
on September 3, 2008
Missed days from work, using vacation time to come off the medication, depression, hundreds of dollars in intensive therapy, physical side effects now even though my last dose was weeks ago (on a low "average" dose).
Posted by
Ohio
on July 1, 2008
I am unable to go to work, socialize, participate in daily activities. I am not able to get out of bed for longer than an hour or so due to the intense physical feelings of disorientation and the inability to focus. I have experienced suicidal thoughts and have caused physical harm to myself due to stopping Paxil.
Posted by
Anonymous
on June 22, 2008
I was on Paxil for about 11 years. I gained 100 pounds. I was prescribed the drug for migraine headaches and depression. I should have known when I was so sick for the first 2-3 weeks as I started taking the drug. I should have stopped, but I was so desperate for relief from my daily pain.

It did help reduce the migraines, but I became so apathetic and huge. I didn't care about anything! Paxil is the worst. My migraines started coming back with a vengence in November 2006, so I weened myself off of Paxil, the withdrawls were as bad as the migraines, so I was in horrible pain regardless. And did I mention 100 pounds overweight.

I was in the Army, completely physically fit when I started the meds back in 1995. I am 5' 9" and weighed 135 and got up to 235. That is totally insane. I wish I could include pictures. Before, After and Now. I have lost 70 pounds, but unfortunately my skin isn't as tight as it used to be. I just wanted to let anyone know that the side effect of weight gain is a serious and very real effect. I never had weight issues and it didn't matter what I did, I kept getting bigger. Exercise and diet didn't matter.

I am not a junk food junkie, or I wouldn't have lost 70 of the excess pounds so far. My goal is to lose the rest. I wish there was compensation for the toll on my body and spirit. Plastic surgery is my only option to fix what Paxil did to my body, loose skin and stretch marks, so lovely to look at. Now I try to go the natural herbal and vitamin route to control my migraines. And the Paxil actually made my mood worse. I was miserable. I feel that thanks to Paxil I lost and wasted over 11 years of my life and I am only 33. That's a third of my life!

Posted by
Texas
on December 25, 2007
Feels like the whole world can't touch me. I have tried numerous time to come off Paxil, and I can't due to the serious side effect. While on Paxil, I did have suicidal thoughts. I have been on Paxil for about 10yrs. and would love to come off it. I think Paxil has ruined my life.
Posted by
Pennsylvania
on November 21, 2007
Very frequent "head zaps" that sometimes lead to tingling sensation in my feet, horrible anger/rage, told my family I was ready to jump off a bridge due to the rage feeling; very vivid dreams, sweating, feeling hot or cold, crying alot, questioning my sanity, feel like I'm not here; like I'm in a fog, which leads to poor concentration and lapses in memory; itchiness. When I am on cardio machines, I have experienced the "semi-orgasmic state". I was shocked when I saw this was a withdrawal symptom. It is very irritating. Don't want to be around people, especially my family.
Posted by
Wisconsin
on October 8, 2007
I cannot walk straight, see straight, concentrate, and have a very short fuse. I am nauseated, have severe diareah, and tingling, zappy sensations. I am often confused and on some days I can not even drive because the vertigo is so bad. Why don't they tell you this when they prescribe you this stuff?
Posted by
Colorado
on October 6, 2007
I was on 40 mg ofpaxil for about 6 months before trying to get off of it. I suffer from chronic back pain was trying to reduce the amount of meds that I am taking. Since that time I am having a hard time getting off of it. I have titrated my dosage down over the past few months all the while feeling extremely dizzy to the point that I dont drive on some days, disorientation, severe night sweats, and what feel like heavy electrical pulses in my body when I move, almost like I am about to lose conciousness. I have had to cancel manual therapy appointment due to these withdrawals. I even called the hospital one night for fear that I was having a heart attack or stroke, I had no idea what was causing me to feel this way. These side effects are so bad that I firmly believe that no one should be on them. If you were not depressed prior to taking Paxil, you will be when you try and get off of them.
Posted by
Washington
on September 4, 2007
I have been taking Paxil or Effexor since about 1994. I have tried a couple of times to cut back or quit with terrible withdrawal symptoms, and had nearly every one of them. The last time I tried quitting this drug I had such bad withdrawl symptoms that I swore I would rather be on this for the rest of my life. I am dependent on this drug and it depresses me to even consider trying to quit again. As I sit here writing to you, I feel like breaking down and crying my eyes out. I did not ask for this. I did not want to be on drugs the rest of my life. I am a single woman and can not afford to take time off work. I am scared and furious. I've read some of the horror stories on the internet about quitting this crap and it scares me to death. Please help me.
Posted by
Texas
on August 20, 2007
I suffered from debilitating panic attacks while driving. In January, 2005, my general practitioner prescribed to me 20 mg Paxil to relieve symptoms of Panic Disorder. I carefully scrutinized Paxil's website at that time and found no information regarding the effects withdrawal. On August 13, 2007 I began tapering off Paxil by splitting the pill in half to 10 mg per day. I have become progressively more aggitated, dizzy and fatigued. I have 2 children, ages 5 and 9, and I feel this drug withdrawal has affected the way I interact my children. They see my agitation and it breaks my heart, but I have no control over it. I have always been a very healthy and active person, and the withdrawal has completely changed my outlook. If it not for the interent, I would probably have gone back on Paxil thinking I was relapsing.
Posted by
Texas
on July 8, 2007
I've been taking Paxil since 1995, and have told many doctors that the drug was not working the way it should have and I always got the excuse that "I wasn't on the right dosage." I recently slowed my dosage down and then stopped taking Paxil (Paroxetine) on my own after leaving my husband and children, due to the fact I was so depressed and would burst into outrage. Since stopping the Paxil the rages have stopped but yet at 4 weeks clean of Paxil, the WITHDRAWALS are almost unbearable at times!!!
Posted by
California
on June 19, 2007
Ceaseless and helpless addiction to this drug, Paxil, 40 milligram once a day dosage for the past eight years of my life.
I have no medical insurance and the refills are expensive even for generics and there are enough side effects from this drug (including eye stigmas that have caused me to be arrested for an alleged DUI once, a court case that cost me $1,000) to want to get off the drug each day that one takes it.

2. Loss and distortion of emotions.

3. Severe physical pain and suffering from repeated attempts at quitting.

4. Loss of consortium and companionship with spouse, family, and friends.

5. Interference with jobs and activities of daily living.