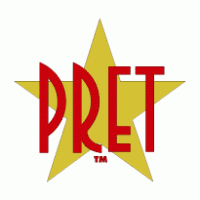 Santa Clara, CA: A consumer fraud class action lawsuit has been filed against Pret A Manger alleging its sandwiches are packaged in such a way as to deceive customers into believing they are getting more sandwich than they actually do.
Filed by Yee Ting Lau in New York federal court, the lawsuit claims that she purchased a Chakalaka Wrap from Pret A Manger on June 12, 2017 only to find out after opening it that it was two sandwich halves separated by a full inch of empty space, rather than a whole sandwich. The empty space was concealed by a piece of cardboard that made it impossible to see that the product wasn’t a whole sandwich, Lau claims.

“Pret A Manger’s deceptive practices caused economic harm to Ms. Lau and the class because they were promised, and paid for, a full portion of the products but received less than a full portion,” the complaint states. “Since they would not have agreed to this exchange had they known the truth, they were deprived of the benefit of their bargain.”

According to the lawsuit, at least six specific Pret sandwich wraps are packaged to look like they contain a full sandwich when they actually contain between 1 and 2.5 inches of empty space. According to the allegations, this empty space is nonfunctional slack fill that serves no legitimate purpose, which violates the Federal Food, Drug and Cosmetic Act.

The lawsuit further contends that other sandwiches in Pret’s line, such as the the Spicy Chicken and Avocado Flatbread, do not contain slack fill in their packaging, which demonstrates that the space isn’t functional.

According to Lau, she paid $7.49 for the Chakalaka Wrap. She is seeking compensatory and punitive damages on behalf of herself and a proposed national class. The suit alleges violations of New York and federal trade practices and false advertising laws, as well as common law fraud.