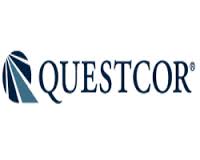 Los Angeles, CA: Questcor Pharmaceuticals, Inc., the maker and currently, the sole provider of adrenocorticotropic hormone ("ACTH"), a drug approved by the FDA to treat certain life threatening and fatal diseases, is accused of violating California antitrust laws through the monopolization of certain therapeutic drug markets.
Legal action against Questcor alleges that the California biopharmaceutical company acquired rights to H.P. Acthar Gel ("Acthar"), the brand name of ACTH, in 2001, and at that time Acthar was being sold for around $40 a vial. Shortly thereafter, Questcor increased the price of Acthar to $1,650 per vial, then, in 2007, it further increased the price to $23,000 per vial.

The New York Times has reported that Questcor justifies the price increase as being due to its primary use as treatment for Infantile Spasm Syndrome. However, Questcor has also allegedly sold Acthar as treatment for less rare disorders such as multiple sclerosis and nephrotic syndrome.