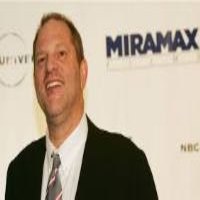 The lawsuit seeks retribution for class members’ loss of work opportunities and devastating damage to their careers, the damages for which can be tripled under RICO law. Plaintiffs also seek damages for the significant physical and emotional distress they endured then, and continue to endure now.

If you were in any way involved in discussions of projects with, or auditioned for Harvey Weinstein, met with him at industry events, or your meetings with him were set up by Miramax or The Weinstein Company employees, find out more about this lawsuit.

If you or a loved one has suffered similar damages or injuries, please fill in our form on the right and your complaint will be sent to a civil & human rights lawyer who may evaluate your claim at no cost or obligation.
Stay Informed
Get the latest on class action lawsuits, settlements & more! Subscribe to our free weekly newsletter.
Get our Newsletter!
Submit a New Complaint
Been wronged by a similar product or service?
Click here to send us your complaint.