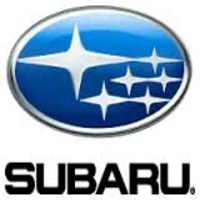 Newark, NJ: A defective automotive class action lawsuit has been filed against Subaru of America Inc. and Subaru Corporation alleging they failed to disclose a defect involving connecting rod bearings, defective connecting rod side clearances, and/or insufficient channels of engine lubrication, which results from an alleged defective rotating assembly. According to the complaint, the affected vehicles include model year 2013 and 2014 Subaru WRX and WRX STi vehicles.
The lawsuit, filed by Plaintiff Vincente Salcedo of California, claims Subaru used a rotating assembly that has a defect that existed at the time the vehicles were manufactured but typically manifested after the expiration of the limited warranty period.

Specifically, the defect manifests with the connecting rod bearings failing and metal debris allegedly begins to circulate throughout the engine via contaminated engine oil. This results in spun connecting rod bearings and catastrophic engine failure, potentially causing life-threatening stalling events while the vehicle is in operation, the complaint asserts.

“Despite notice and knowledge of the defect from the numerous complaints it has received, information from dealers, National Highway Traffic Safety Administration (‘NHTSA’) complaints, and its own internal records, including pre-sale durability testing and quality policies, Subaru has not recalled the Class Vehicles to repair the defect, offered its customers suitable repairs or replacements free of charge, or offered to reimburse its customers who have incurred out-of-pocket expenses to repair the defect,” the complaint states.

Salcedo states in the lawsuit that he purchased a 2013 Subaru Impreza WRX from a private party in August 2015. Nearly two years later, at approximately 68,759 miles, the vehicle’s engine allegedly made a “knocking” sound while he was driving on the highway and catastrophically failed.

Salcedo states that he had his vehicle towed to an authorized Subaru dealer for diagnosis and repair related to the engine failure and was allegedly quoted in excess of $5,700 to complete the necessary repairs. The complaint claims the dealer contacted Subaru of America, which offered to cover $2,000 of the repairs as a goodwill gesture. Salcedo subsequently paid $3,711.15 himself for parts and labor.

Salcedo claims he would not have purchased the Subaru Impreza vehicle, or would have paid far less for it, had Subaru publicly disclosed the engine defect prior to the time he purchased the vehicle.

Posted by
Catherine Grossman
on September 5, 2019
Earlier this year while living in Washington state, I received a letter asking if I wanted to be part of a class action suit since I purchased a 2014 Subaru WRX in the fall of 2013. It asked me to write four different legal bodies should I want to contest the paltry settlement Subaru was offering, such as two days of rental car fees should my engine fail (!!!) and little else. Horrified I wrote the four legal bodies, but have yet to receive the courtesy of a reply from any of them. Does anyone know what's happening about this issue? I put very few miles on my cars. I think my car currently has about 17,000 miles on it and it sounds as though the bearing issue arises with many more miles. Oh, that was the other cheapo benefit Subaru offered...an extension of the warranty which, for me, would be meaningless because I put so few miles on a car. In my letter to the four legal bodies, I asked Subaru to fully stand behind its product taking full responsibility for the flaw.
Posted by
Brad Rosengarten
on July 26, 2019
Is the same technology that caused the bearing failure in this engine, also used in the BRZ boxter engine?
Posted by
Jesse Collier
on August 30, 2018
My car had a rod bearing issue occurred June of this year at 55,000 miles. Subaru of America is claiming that the issue is my fault and wants me to make a deposit for them to troubleshoot the issue.
The car’s oil is changed every 5,000 miles and the maintenance records show this. It is not driven hard.
The car has yet to be repaired and is in my garage.

Posted by
Michael
on August 20, 2018
Engine failure as described in the article.
All subaru service protocol followed.
Current quote is just over 8k for a new engine

Posted by
Laurie graham
on July 6, 2018
I think we are in the same situation. Loud rod knock. 2014 Wrx. 61,000 miles. We have an appointment to take it in to the dealer on Monday. It has always been babied. Always got maintenance and oil changes on time from the dealer. We will see what they say.
Posted by
Buddy thorn
on February 14, 2018
I bought a 2013 subaru wrx sti with 36,000 miles on it in 01/01/17 had it 11,000 mike and blew up subaru replaced the engine only to have it spin a rod bearing 20,000 miles later which in turn took the 2 months just to tell me this morning that they won't up hold their warranty.