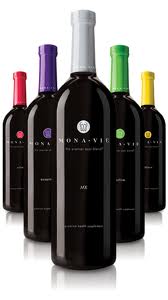 Newark, NJ: A multi-level marketing scheme that promotes an expensive "super juice"called Mona Vie, is facing a potential consumer fraud class action lawsuit.
Filed in federal court by lead plaintiff Lisa Pontrelli, the lawsuit states "The Mona Vie juice scam is the newest creation of noted multi-level marketing scheme architect, and prior 'super juice' creator, Dallin Larsen, after his last venture was halted by the Food and Drug Administration because of false and misleading advertising." Dallin Larsen is not a named defendant in the complaint but his companies are, namely Mona Vie Inc. and Mona Vie LLC, both of South Jordan, Utah.

Larsen created both products, which are based on an exotic 'superfood'. Marketing for both products is based on claims that they provide outlandish health benefits when consumed, including curing cancer and diabetes. Both Royal Tongan Limu and Mona Vie were allegedly sold by untrained 'distributors' extolling the unproven health benefits to unwitting customers.

"The propaganda created through the Mona Vie scheme is false and misleading about the nature of and benefits attributable to consuming Mona Vie juice. The propaganda is an essential component of the scheme because the perpetuation of the belief that Mona Vie juice will cure or treat whatever health problems a consumer might have is the main reason defendants are able to charge the wrongfully inflated price of approximately $45 for a 25 ounce bottle," according to the lawsuit.

"Defendants know that their co-conspirator 'independent distributors' generate false and misleading advertising about the health benefits of Mona Vie juice, but do not stop them because such advertisements generate sales of Mona Vie juice. The most insidious form of this false and misleading advertising are the testimonials where individuals attribute miraculous medical breakthroughs to their individual chronic health condition to drinking Mona Vie juice. Defendants, of course, taught their 'independent distributors' how to generate such testimonials by themselves hiring individuals of modest celebrity to make their own misleading testimonials."

The lawsuit alleges the class has been defrauded by paying "outrageously inflated" prices for products that fail to deliver the promised "substantial prophylactic, healing, therapeutic and curative powers for an almost limitless universe of diseases and conditions." Pontrelli is seeking an injunction and punitive damages for fraud, consumer fraud and unjust enrichment.

Posted by
Alexander Siu
on December 12, 2016
I was deceived into purchasing Monavie products under the guise of the products' unproven health benefits.