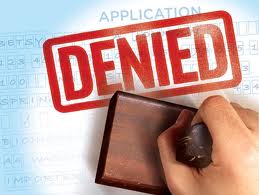 Filed in the Federal District Court of New Jersey by attorney Jeffrey Bronster, the lawsuit names both local and national insurance companies including Fidelity, Travelers and State Farm Insurance as defendants, alleging the companies wrongfully denied claims related to Irene and Sandy and misinterpreted the term "basement."

The defendants participate in the federal Write Your Own program, which allows insurance companies to work with the Federal Emergency Management Agency to write the Standard Flood Insurance Policy (SFIP) in their own names.

According to the lawsuit, the SFIP defines a basement as "any area of the building, including any sunken room or sunken portion of a room, having its floor below ground level (subgrade) on all sides."The SFIP offers limited coverage for damages in basements, according to the lawsuit. Patrick Donnelly, from Jersey City, had flood insurance through WYO with New Jersey Re-Insurance Company and had a claim denied after Hurricane Irene because his ground floor was identified as a basement.

Part of the problem is that homeowners have a limited understanding of what a basement is under the terms of their policy. According to Bronster, the lawsuit will represent everyone in New Jersey insured by the companies named in the lawsuit. Further, the lawsuit contains sub-classes specifically focused on Jersey City and Hoboken property and business owners.