Were you looking for Data Breach or Identity Theft lawsuits?
December 23 2013 - by Lucy Campbell 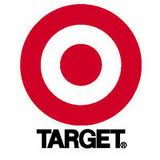 New York, NY: Target Corp. is facing a class action lawsuit over the recent data breach of up to 40 million customer' credit and debit cards.
Filed in California federal court by lead plaintiff Lisa Purcell ("Plaintiff"), the lawsuit seeks to represent all those similarly situated to obtain damages, restitution and injunctive relief for the Class.
"The information Target lost, including Plaintiff' identifying information and other financial information, is extremely valuable to thieves. As the Federal Trade Commission ("FTC") recognizes, once identity thieves have personal information, they can drain your bank account, run up your credit cards, open new utility accounts, or get medical treatment on your health insurance,"'the lawsuit states.

The lawsuit states " Investigators believe the data was obtained via software installed on machines that customers use to swipe magnetic strips on their cards when paying for merchandise at Target stores." And "The thieves may also have accessed PIN numbers for affected customers' debit cards, allowing the thieves to withdraw money from those customers' bank accounts. Thieves could not have accessed this information and installed the software on Target' point-of-sale machines but for Target' negligence, and that Target failed to implement and maintain reasonable security procedures and practices appropriate to the nature and scope of the information compromised in the data breach."

Among the allegations is the clam that Target was negligent in its failure to implement and maintain reasonable security procedures and practices appropriate to the nature and scope of the information compromised in the data breach. Further, "Target unreasonably delayed informing anyone about the breach of security of Class Members' confidential and personal information after Target knew the data breach had occurred,"the lawsuit states.

Posted by
Jane Abbey
on February 27, 2019
My card was compromised as well sometime before or in November and December of 2013
They contacted me and told me it happened.
It was a mess.
Stressful and frustrating to say the least.
I am wondering why I wasn’t notified of the lawsuit?
This happened at the Target in Holland Michigan

Posted by
Beverly Tompkins
on January 29, 2019
I would like to be included in the lawsuit due to the fact that Target didn't notify me about my data be breach. I am and have been a Target shopper and have been using my 5% discount with the target card.
Posted by
Charles Atwell
on February 4, 2018
ICarly shop at TJ Maxx for which I have a credit card with and Target in Harford County Maryland I am afraid that my data has been breached and I would like to be included in this lawsuit
Posted by
debra brown
on December 12, 2016
I was not a frequent user of my credit card at target. but the one time that I decided to use it, my infor was compromised.
Posted by
marcie putman
on May 28, 2016
i used my debit card at Target constantly in 2013. I would like to join the class-action lawsuit against target.
Posted by
Pennsylvania
on March 29, 2015
My credit’s a mess. My debit card was breached, also my bank account. I agreed to pay what my balance was, but Target is fighting me over a balance they feel I owe them. My Target card and my bank card were closed without even telling me. I got a call from my bank. Target never told me about it and when I tried to get info, they gave me such a runaround. I never did get any answers.
Posted by
Kentucky
on March 20, 2015
Target's data breach in November of 2013 resulted in my debit card being used for unauthorized transactions totaling more than $200.00, and cost me several hours and headaches fighting my bank to have the charges refunded and a new card issued. In the meantime, I was unable to use my debit card, which resulted in complications with meeting financial obligations.
Posted by
South Carolina
on March 24, 2014
My credit card was used and the bank informed me my credit card number was on a list of data breached through shopping at Target during November and December 2013. I would like to join the class- action lawsuit against Target.
Posted by
Texas
on January 12, 2014
I use my debit card constantly at Target for prescription medicine and other purchases and I was informed that pertinent personal data was gathered by thieves....