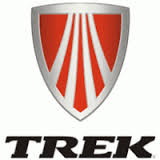 Washington, DC: Trek is recalling about 900,000 bicycles in the U.S. and 98,000 in Canada, model years 2000 through 2015 due to a potential design defect.
These bikes are equipped with front disc brakes and a black or silver quick release lever on the front wheel hub that opens far enough to contact the disc brake (see Figures 1 and 2). Bicycles with front quick release levers that do not open a full 180 degrees from the closed position, are not included in this recall.

An open quick release lever on the bicycle' front wheel hub can come into contact with the front disc brake assembly, causing the front wheel to come to a sudden stop or separate from the bicycle, posing a risk of injury to the rider.

Posted by
Kevin Thomas Herbert
on March 16, 2016
the same thing happened to me a few weeks ago
Posted by
brian meiers
on November 29, 2015
Ive suffered from an inccident similar to whats being described more then once on my trek bike