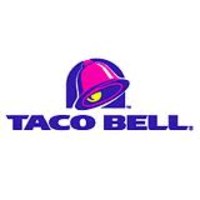 Detroit, MI: A Taco Bell franchisee is facing an employment class action lawsuit representing some 520 past and present Taco Bell employees who work at various locations across Michigan.
The defendant, Brighton-based Sundance, owns more than 150 Taco Bell restaurants in several states. According to the complaint, the company illegally doctored employees hours between 2013 and now, in order to avoid paying overtime. Originally filed in 2016, by four employees, the wage theft lawsuit has since been updated to include more workers who opted into the lawsuit.

According to the complaint, “Sundance engages in a practice in which it ‘shifts’ hours that an employee works during one week over to the following week, so that an employee’s time records do not demonstrate that the employee worked over 40 hours in a given work week. Sundance maintains a white board in its office on which it keeps track of its employees’ ‘shifted hours’ from week to week.”

Further, the plaintiffs assert that in some cases, they “simply were not paid at all for their ‘shifted over’ hours” or were “instructed to clock out, and continue working after doing so, in order for each store to maintain its Sundance-imposed labor metrics.” The wage theft allegations also state that some employees with “manager” titles working at certain Sundance locations were expected to work until 3 a.m. closing. They would then sleep at the store for three hours in order to be present for their scheduled 6 a.m. opening shifts. The lawsuit alleges violations of Illinois labor law.