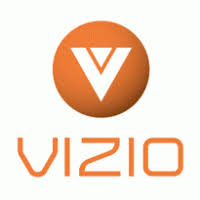 Seattle, WA: Vizio is facing a consumer fraud class action lawsuit filed by consumers who allege the “smart” televisions they purchased between 2012 and the present don’t work as advertised.

Specifically, the complaint alleges that Vizio "smart" TVs were marketed as such based on their ability to access Apps such as YouTube and others. However, they failed to warn consumers that there would come a time when the service would no longer work.

The reason that many of these TVs don’t function properly is due to the fact that they use an older Flash-based Application Programming Interface (API) and not the newer HTML5-based API systems. As of June 26, 2017, YouTube no longer works on TVs with the Flash-based API.

Although Vizio has sold TVs with the newer API since 2013, the company hasn't offered any remedy to consumers with TVs using the Flash-based programming. Instead, they have offered them the same advise as YouTube, which is to buy an external streaming device such as a Google Chromecast.

According to the complaint, Vizio notified consumers of the issue by a posting on its website listing the affected models.

The proposed class includes anyone in the United States who purchased a Smart TV with one of the model numbers listed below.

The model numbers allegedly affected are:

Plaintiffs are represented by The Blankenship Law Firm PS.

Posted by
Louise Black
on December 2, 2019
Can I still claim my money back from vizio even though I didn't file a lawsuit against them? The tv kept tuning itself off then out stoped working cost me $165. To fix
Posted by
Angel
on September 10, 2018
I am not from one of those states however my vizio tv is unable to use some of the installed apps because it states that the tv is using an old version of the app. Is this the same issue?
Posted by
Jorge Uribe
on June 20, 2018
Bad televisions that I did not do nothing about the performance I thought that that's the way they were supposed to work so I accepted the fact that they were poor quality.