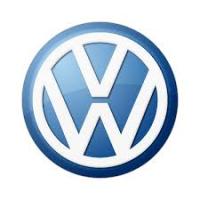 San Diego, CA: A securities class action lawsuit has been commenced on behalf of an institutional investor in the United States District Court for the Eastern District of Virginia on behalf of purchasers of Volkswagen AG ("Volkswagen") (OTCMKTS:VLKAY; OTCMKTS:VLKPY; OTCMKTS:VLKAF) publicly traded ordinary and preferred American Depositary Receipts ("ADRs") during the period between November 19, 2010 and September 21, 2015 (the "Class Period").

The complaint charges Volkswagen and certain of its officers and directors with violations of the Securities Exchange Act of 1934. Volkswagen is one of the world's leading automobile manufacturers and the largest carmaker in Europe.

The complaint alleges that prior to and during the Class Period, defendants engaged in a scheme to defraud and made numerous materially false and misleading statements and omissions to investors regarding the Company's operations and its business and financial condition and outlook. Specifically, defendants misled investors by failing to disclose that the Company had utilized a "defeat device" in certain of its diesel cars that allowed such cars to temporarily reduce emissions during testing, while achieving higher performance and fuel economy, as well as discharging dramatically higher emissions, when testing was not being conducted. The use of this device allowed Volkswagen to market its diesel vehicles to environmentally conscious consumers, increasing its sale of diesel cars in the United States and abroad and, as a result, its profitability. As a result of defendants' scheme and false and misleading statements and omissions, Volkswagen's ordinary and preferred ADRs traded at artificially inflated prices during the Class Period, reaching highs of $54.82 and $56.55 per ADR, respectively, on December 30, 2013.

The truth regarding defendants' false and misleading statements and omissions and scheme to defraud was revealed to investors and the markets through several shocking disclosures and news reports. On September 18, 2015, the Environmental Protection Agency ("EPA") issued a Notice of Violation ("NOV"). The NOV stated that defendants had installed sophisticated software in Volkswagen and Audi diesel vehicles sold in the United States that could detect when the vehicle was undergoing official emissions testing and turn the full emissions controls on only during the test. At all other times, however, the emissions controls were deactivated, meaning that pollution was freely released into the environment at levels exceeding those allowed by federal and state clean air regulators. This software produced and used by Volkswagen is a "defeat device" as defined by the Clean Air Act.

That same day, The New York Times published a front-page article entitled "U.S. Orders Major VW Recall Over Emissions Test Trickery." The article reported that the Company had "illegally installed software in its diesel-power cars to evade standards for reducing smog" and that Volkswagen had "admitted to the use of a so-called defeat device. The recall involves 4 cylinder Volkswagen and Audi vehicles from model years 2009-2015." The article also reported that the Department of Justice ("DOJ") had opened an investigation and that fines of as much as $18 billion could be imposed as a result of defendants' misconduct.

These price declines have resulted in hundreds of millions of dollars in losses to Volkswagen ADR investors, who relied on the accuracy of defendants' statements and suffered damages when the truth began to be revealed.

Plaintiff seeks to recover damages on behalf of all purchasers of Volkswagen ADRs during the Class Period (the "Class").

If you have suffered from financial losses, you may qualify for damages or remedies that may be awarded in a possible Volkswagen AG securities class action lawsuit. Please click the link below to submit your complaint for a free evaluation.