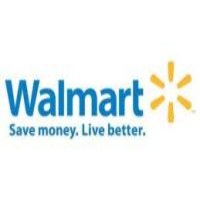 According to the suit, independent lab testing on the cheese product has shown it contains "significant quantities of adulterants and fillers"and between 7 percent to 10 percent of the cheese is made of cellulose, a filler and anti-clumping agent derived from wood pulp.

Moschetta stated that Walmart' sale of the grated cheese was executed through deceptive marketing, labeling and advertising and the retailer has violated New York business laws, various consumer protection laws in a majority of the contiguous US, breached an implied warranty and benefited from unjust enrichment.

The complaint is seeking certification of both a nationwide class and a New York subclass of consumers and that Walmart be ordered to pay unspecified treble damages and punitive damages.

Posted by
Krista Davis
on August 19, 2016
I can't believe I switched to great value parmesan cheese because I believed it to be the same high quality as the name brand. I always keep fresh in the house, but we like the convenience of the container. I wondered why my stomach became so upset each time I ate pasta over the past year. My doctor put me on medication for stomach problems for this reason alone. I'm not happy about this at all!!
Posted by
cinda newton
on April 25, 2016
Vomiting after each ise of parmesean cheese
Posted by
Kecia Jackson
on April 10, 2016
FALSE ADVERTISEMENT FOR ALL THESE YEARS.
Posted by
Dawne Tynch
on March 27, 2016
Believe it or not, I've been buying this product for about 20 years and at least once every month! I thought that it was actually 100% parm!
Posted by
Admin
on March 14, 2016
Hi Terry, There won't be a claim form to fill out for this specific settlement until the case settles. It was only filed in February, so stay tuned.
Posted by
Terry
on March 13, 2016
Please provide the name of the website where we can file a claim for refunds.s
Posted by
Patricia McFarland
on March 9, 2016
I always wondered why it took several minutes to melt in a microwave and sometimes it still didn't melt completely. (Not smiling).
Posted by
helen shea
on March 7, 2016
I have many allergies to food trusted their product , and to find out not the truth shame on them so who do we trust
Posted by
Rodger Greham Murray
on March 6, 2016
My family has eaten plenty of this product always believing that it was safe. My wife checks the ingredients before feeding it to me. I have so many medical problems in place but wood filling. Please help me. I will not be buying this product for sure.
Posted by
Meg
on March 6, 2016
Have been purchasing this product for years. Never gave it a thought and when the article came out, I was shocked to hear that the cheese was not 100% Parm. Geez, feel stupid for actually taking Walmart's word for the contents of the package. Wallmart -- you tricked me.
Posted by
WYLMARYE KILLINGSWORTH
on February 25, 2016
I've purchased plenty of their brand. I thought it taste some what different and more course than the name brand but we ate it.