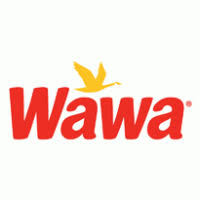 Trenton, NJ: An unpaid wages and overtime class action lawsuit filed against Wawa by assistant general managershas been granted certification. The plaintiffs allege the retailer misclassified them as overtime exempt, effectively denying them overtime pay. The ruling limits the claim to roughly one year before Wawa’s decision to reclassify its assistant general managers as nonexempt employees in December 2015.
US District Judge Peter Sheridan, in Trenton, NJ, ruled that the plaintiffs met the ”lenient burden” for conditional certification of their class action under the Fair Labor Standards Act. His ruling was based, in part, on evidence provided by four named plaintiffs who allege they routinely work 50 to 60 hours a week and spend nearly all their time on non-managerial duties such as making sandwiches and operating cash registers.

The conditional certification awarded by the judge will allow the plaintiffs to send court-approved notices to employees, who become parties to the collective action by filing opt-in notices with the court.

The plaintiffs seek to recover unpaid overtime on behalf of current and former employees at Wawa’s stores in New Jersey, Pennsylvania and Maryland before the company changed its exemption policy for overtime, in 2015. The notice period runs from January 11, 2015 to December 28, 2015.