This is a settlement for the Wells Fargo Fraudulent Bank and Credit Card Account Fees lawsuit.
July 12 2017 - by Lucy Campbell 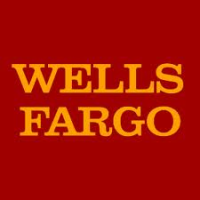 Santa Clara, CA: A revised $142 million settlement has received preliminary approval potentially ending the Wells Fargo consumer bank account fraud class action lawsuit. The Wells Fargo fake bank account scam involved employees setting up unauthorized accounts and transferring customers’ funds from legitimate accounts to the newly-created ones without customer knowledge or consent. Wells Fargo customers were then charged fees for insufficient funds or overdrafts, because they didn’t have enough money in their legitimate accounts.
In March, Wells Fargo announced it had reached a preliminary $110 million settlement resolving 12 putative class actions making similar allegations of fraud. According to the Consumer Financial Protection Bureau (CFPB), which shared in a $185 million fine brought against Wells Fargo for the fraud, bank employees set up more than two million deposit and credit card accounts without customer authorization between January 2011 and September 8, 2015. Some 14,000 of those accounts earned over $400,000 in fees for the bank, including annual fees, interest charges and overdraft-protection fees, CNN Money reported.

US District Judge Vince Chhabria has now given the revised settlement deal the go-ahead after the plaintiffs and defendants resubmitted the agreement with several revisions, as requested by the judge. Those revisions include a simplified opt-out process, a more comprehensive class notification procedure and an expanded anticipated scope of credit-impact damages.

Under the original settlement proposal, the class consisted of Wells Fargo bank customers that had unauthorized accounts opened in their names, were enrolled in a product or service or had an application submitted for a product or service in their name without consent between January 1, 2009, and the execution of the settlement. Wells Fargo subsequently agreed to extend the claims to 2002, adding an additional $30 million to the settlement fund in April.