This is a settlement for the CVS lawsuit.
October 20 2014 - by Lucy Campbell 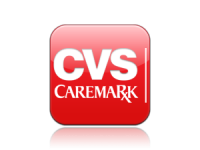 Los Angeles, CA: A final $2.8 million settlement has been reached in an California labor law and unpaid overtime class action lawsuit pending against CVS Pharmacy Inc. A California judge approved the settlement of class claims that the pharmacy chain improperly forced hundreds of Southern California pharmacists to work seven days straight without overtime. This is the first settlement of six such lawsuits pending against the retailer alleging unpaid overtime.
The settlement will provide damages to 627 CVS pharmacists who are or were employed in CVS' "Region 72,"the Southern California area that is one of CVS' six regions in that state. The settlement represents roughly 70 percent of plaintiffs' estimation of CVS' total potential liability.

Named plaintiff Connie Meneses filed suit in August 2012, alleging CVS was improperly forcing its pharmacists to work seven days in a row without paying overtime for the seventh, in violation of a state law that mandates pharmacists be given a day off after six days of work.

The case is Connie Meneses et al. v. CVS Pharmacy Inc. et al., case number BC489739, in the Superior Court of the State of California, County of Los Angeles.