This is a settlement for the HSBC Faces Class Action Lawsuit over Alleged Automated Phone Calls lawsuit.
April 16 2015 - by Lucy Campbell 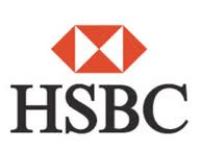 New York, NY: Final approval of a $40 million settlement has been granted, ending a Telephone Consumer Protection Act (TCPA) class action against HSBC Bank. In the class action lawsuit the plaintiffs alleged that they received nonemergency calls from HSBC on their cell phones "at all hours of the day,"using an artificial or prerecorded voice or an automatic telephone dialing system.
Under the terms of the settlement, HSBC will establish a non-reversionary settlement fund of almost $40 million. After various deductions including service awards for two class representatives of $5,000 each, as well as an award to class counsel for almost $12 million, the value of the settlement for the class was roughly $26.7 million.

The approval of the settlement makes it the third largest TCPA class action settlement thus far.

Posted by
Pearlie Ward
on June 6, 2017
I have been getting repeatedly phone calls from Credit One Bank all hours of the day starting at 8:30am til 9:30 pm every half hour like clock work. It gets so annoying until I have to leave my phone off the hook for hours and as soon zags I put the phone on the hook, the phone rings as if they saw me put it on the hook! It stresses me out! I cannot use my own phone because as soon as I get into a conversation, there the phone goes ringing that cause a skip in the phone where I loose several sentences that are being said from the person I am on the phone with. Many times I am on a business call which causes a problem with trying to hear what's being said during all those clicks when they allows the phone to ring considerably long.