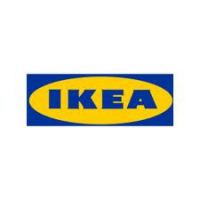 Santa Clara, CA: Ikea has agreed to pay $50 million to the three families of toddlers who were killed when defective Ikea dressers toppled onto the children.
The deaths prompted an unprecedented recall of 29 million dressers, at which time Ikea acknowledged the dressers were at serious risk of tipping onto and killing children.

The plaintiffs include Janet McGee, whose 22-month-old son Theodore died last February when a Malm dresser fell on him, and the parents of 2-year olds Curren Collas and Camden Ellis, both of whom died in 2014.

The first death from an unstable Ikea dresser occurred in 1989, with a further six deaths to follow. According to the lawsuits, the Ikea dressers were “defective and dangerous” and that the Sweden-based retailing giant continued to sell them despite the risk, while not properly warning consumers.

Each of the three families who filed wrongful death lawsuits will receive an equal share of the $50 million with an undisclosed share going to the attorneys.

As well, Ikea has agreed to make $50,000 donations to three children’s hospitals in the name of the boys, one of which will go to the Children’s Hospital of Philadelphia in memory of Curren Collas.

The settlement came shortly after Ikea gave the parents’ attorneys internal documents it had long fought to keep confidential. Under the settlement, the contents of those documents will remain private and will be returned to Ikea, with the stipulation that the company not destroy them.

Posted by
Ben Dixon
on January 12, 2017
This Ikea company should be punishedb for injuries put on these innocent children.