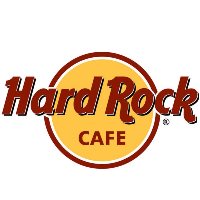 Santa Clara, CA: A $51.5 settlement has been agreed between the buyers of a Hard Rock Cafe condo-hotel complex and the company. The consumer fraud class action suit alleged that the developers of the condo hotel units violated land sale regulations.
According to the terms of the settlement, each class member would receive a payment of approximately $95K. Court fees and costs would also be paid from the settlement fund. The developer, Tarsadia Hotels, would contribute $10 million and third-party defendant Greenberg Traurig LLC would put in the remaining $41.15 million.

In May 2010, Laurie and Dean Beaver filed suit against the Hard Rock Café condo-hotel consortium, alleging the defendants failed to inform them that they could rescind their property purchases within two years of their signing date.

Development began on The Hard Rock San Diego in 2005. It is a 12-story building with 420 condo-hotel units located across the street from the San Diego Convention Center and a few blocks from the San Diego Marina and Seaport Village, according to court documents.