This is a settlement for the Cargill Inc. lawsuit.
December 1 2014 - by Lucy Campbell 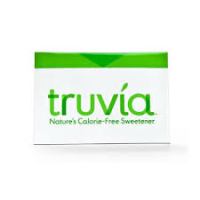 Los Angeles, CA: A $6.1 million settlement has been agreed in a consumer fraud class action filed against Cargill Inc. The lawsuit alleged the company marketed its Truvia sweetener as natural when it actually contains largely synthetic and chemically produced ingredients.
According to the settlement terms, the agribusiness company will establish a $6.1 million fund which will cover attorney' fees, incentive fess of $2,000 per named plaintiff and distribution among a nationwide class who purchased any of the Truvia products during a six-year period that ended in July. Eligible class members who file claims will be entitled to receive up to $45 in cash or $90 in vouchers.

Additionally, as part of the settlement, Cargill will make certain label changes that will clarify its "Nature' Calorie-Free Sweetener"and "Truvia Natural Sweetener provides the same sweetness as two teaspoons of sugar"statements. Further it, will add language directing consumers to a new website with frequently asked questions, and update its Truvia website to better explain to consumers the manufacturing processes involved.

The lawsuit was originally filed in July 2013 alleging that in 2008 Cargill teamed up with Coca-Cola to develop a purportedly natural sweetener that would capitalize on consumers' desire for a health conscious, non-caloric alternative sweetener. The plaintiffs alleged the labelling and marketing campaign the company developed was deceitful, making consumers believe that Truvia is a natural sweetener made primarily from the stevia plant.

However, according to the complaint, the stevia-derived ingredient, Rebaudioside A, comprises only 1 percent of Truvia and is a highly chemically processed and purified form of stevia leaf extract. The main component of Truvia, erythritol, is synthetically fabricated.

The case is Denise Howerton, Erin Calderon and Ruth Pasarell, Individually and on Behalf of All Others Similarly Situated vs. Cargill Inc., case number 1:13-cv-00336, in the U.S. District Court for the District of Hawaii.

Posted by
Donald Sass
on October 1, 2016
I am really disappointed. Looking at this Comp. screen I have a unopened 400 packet box of Truvia. Made by the same company. I am very particular in the products I use and am really disappointed. I have been using it for years. Can I take my open box back to a store for some kind of refund or do I have to find out how to do it legally? Please advise.
Posted by
Valerie Carpenter
on February 7, 2016
I started using Truvia around 2012-2013 thinking it was a natural Stevia product as professed. I became sick the beginning of 2015 with an obstruction in my bile duct. I dont know if the Truvia could have been part of that or not but I would like to be part of the Class Action Suit against Cargill.
Posted by
wiliam cook
on November 20, 2015
I was deceived by their representations
Posted by
deanna lee
on November 20, 2015
It is a shame that large companies are so deceptive when packaging their products.
Posted by
Virginia
on December 7, 2014
Thought I was buying a natural sweetener but to my disappointment and apprehension, I find out it is not natural at all and severely processed!