This is a settlement for the Wal-Mart lawsuit.
December 6 2016 - by Lucy Campbell 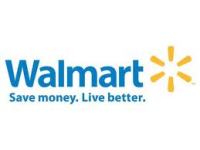 Santa Clara, CA: A $7.5 million settlement has been reached in a discrimination class action against Walmart. The suit was brought by several thousand workers who claimed they were denied healthcare coverage for their same sex spouses.
Initially brought on behalf of gay workers at Walmart, the suit was filed in July 2015, a month after the U.S. Supreme Court ruled that there is a constitutional right to same-sex marriage under the 14th Amendment. Former Walmart employee Jacqueline Cote brought the suit, claiming she was denied spousal health insurance for her wife, Dee Smithson. The couple had married in 2004. In 2012, Smithson was diagnosed with ovarian cancer. The couple subsequently incurred $150,000 in debt from uninsured medical expenses.

The settlement effectively ends the class action that alleged, specifically, the big box retailer had violated Title VII of the Civil Rights Act, the Equal Pay Act and state employment law by not offering health insurance benefits to same-sex spouses before January 1, 2014.

Under the terms of the agreement, the $7.5 million will be divided among the few thousand employees who were unable to obtain coverage for their spouses from January 1, 2011, through December 31, 2013.

According to the settlement motion, nearly 1,000 class members have already been identified, and there could be hundreds more. Approximately 1,200 workers had enrolled their same-sex spouses in health insurance and around 1,100 of them would be covered by the class period.

The claim terms are such that class members can file a long-form claim to be reimbursed for out-of-pocket health care expenses of more than $60,000, at a rate of 2.5 times the qualifying costs, or at a rate at 100 percent of the cost for amounts of less than $60,000. Class members can also file a short-form claim without documentation for a pro rata payment of up to $5,000 per year or $15,000 for the three-year class period. For her role as class representative, Cote will receive a $25,000 service payment.

The case is Cote v. Wal-Mart Stores Inc., case number 1:15-cv-12945, in the U.S. District Court for the District of Massachusetts.