This is a settlement for the CIT Group Inc lawsuit.
August 20 2013 - by Lucy Campbell 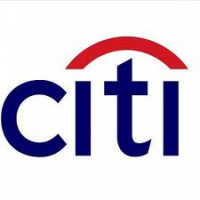 New York, NY: A $730 million settlement has been approved by a federal judge potentially ending a securities class action brought against Citigroup Inc, alleging the bank concealed its exposure to billions of dollars of toxic mortgage assets just before to the financial crisis. Lawyers for the bondholders state this settlement is the second largest recovery in securities class action lawsuit ever brought on behalf of bond investors.
The settlement, approved by US District Judge Sidney Stein in Manhattan last Tuesday, comes on the heels of a similar $590 million settlement for Citigroup shareholders.

The settlement resolves claims by investors who bought Citigroup bonds and preferred stock in 48 offerings between May 2006 and August 2008, in which the bank raised more than $71 billion, according to court documents.

The lawsuit alleged Citigroup downplayed its exposure to approximately $166 billion of collateralized debt obligations and structured investment vehicles backed by risky assets such as subprime mortgages, overstating the credit quality of those assets and understating its reserves to offset loan losses, Reuters reports.

The case is In re: Citigroup Inc Bond Litigation, U.S. District Court, Southern District of New York, No. 08-09522.