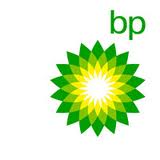 Indianapolis, IN: Petrochemical giant BP Products North America Inc, has reached a $7 million defective product class action lawsuit settlement concerning allegations it sold contaminated gasoline.
According to a statement issued on the settlement, the lawsuit was filed after BP recalled approximately 4.7 million gallons of contaminated gasoline, which it distributed from its Whiting, Indiana, refinery to more than 575 retail outlets in Indiana, Illinois, Wisconsin and Ohio.

Various problems, ranging from engine issues to damaged fuel systems, resulted from the use of the contaminated gasoline, affecting thousands of customers. According to the statement, people who are eligible for a portion of the settlement will be notified in the near future.