This is a settlement for the Dollar General Store Faces Unpaid Wages Class Action Lawsuit lawsuit.
November 25 2014 - by Lucy Campbell 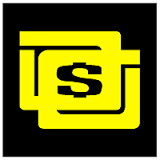 Los Angeles, CA: An $8.3 million settlement agreement has been approved by a federal judge in Alabama, potentially ending an unpaid overtime class action lawsuit pending against Dollar General. The lawsuit alleged the discount retailer failed to properly pay store managers for overtime, in violation of the Fair Labor Standards Act (FLSA). The lawsuit date back to 2006.
Specific allegations against Dollar General and its subsidiaries and sister companies, are that they required the store managers to work as much as 90 hours per week and misclassified them a exempt from overtime, even though they generally spent less than 10 hours weekly performing managerial duties. The settlement will cover some 2,722 individual claims.

According to the complaint, most of the store managers' work hours involved non-managerial tasks such as operating cash registers. As a result, Dollar General allegedly short-changed the employees on overtime pay, according to the suit. Dollar General denied that it had misclassified the workers.

U.S. District Judge L. Scott Coogler granted approval of the settlement stating "The court finds that: the amended settlement agreement is fair; it reflects reasonable compromises of issues actually in dispute; the settlement was reached in an adversarial context in which the plaintiffs were represented by competent and experienced counsel; and the totality of the proposed settlement is fair and reasonable."

The case is Richter v. Dolgencorp Inc. et al., case number 7:06-cv-01537, in the U.S. District Court for the Northern District of Alabama.

Posted by
Roxanne Taylor
on May 21, 2016
I am a DG store manager. I have been at my store for almost a year and a half. Last summer I had to work 48 days straight cause we had no staff. Is happening again now, I'm going on day 14 without time off and I don't want to go to 48 again. I injured myself the other day, cut my hand and was told to not use my left hand for 3 days. Couldn't follow that doctors order cause I have no staff so worked anyway and the injury is now not healing My DM was informed of the doctors order, and her response was, "glad you're okay" . I work most weeks 60-70 hours mostly 10-12 hour days. This is plain ridiculous. What recourse do I have?
Posted by
Shawn R Reges
on May 19, 2016
I used to work for Dollar General and was working 100 hours weekly almost all the time do I qualify for this
Posted by
Roger MCCloud
on April 20, 2016
How do i get in on this law suit i was working 7 days a week as a store manager and i had to throw freight do more retail stuff on the floor than i could a lot of times i would have to work alone in the store leaving me to do everything.
Posted by
Jenny
on March 6, 2016
I would love to know if I qualified for this suit. I was a store manager till 1/29/2016 I worked well over 50 hours a week and for a while I was working 107 hours a week.
Posted by
Mary A Wilson
on February 13, 2016
Just need to know if I can be a part of the law sue?
Posted by
james
on February 11, 2016
Payout was in January/February of 2015. Case is now closed.
Posted by
Gina valentino
on February 2, 2016
I was an assistant manager at loveland-madeira road,I as well would be in the store alone,even on truck days,had to unload truck and wait on customers,also had to clock out for lunch,but still work.I believe I am entitled to some money,my coworker Melissa received some and I worked several hours a week! My dates range from2008-2010 I believe? I'm sure u can look that up
Posted by
Angelia Bates
on January 23, 2016
I have never heard of this lawsuit. I was expected to work 60-70 hours a week by my DM. I opened the store five days a week without a cashier or anyone until 12:00 pm and one day a week until 3:00 pm.I was on the floor more hours than in the office doing manager jobs. I worked in the office maybe ten hours a week and that was to make the schedules, take in vendors, do the paperwork for these vendors, to plan for weekly freight, do deposits, and to do duties for opening or closing the store. This in includes doing on hand adjustments, ordering, and stock counts that had to be done weekly.
Posted by
Amy loeffelholz
on December 9, 2015
Money not sent last time I heard the case had been settled. Haven't heard anything yet.
Posted by
Sheila Schrul
on November 25, 2015
My money has not been sent the last time I heard the case had Been. Settlement but I haven't heard anything else