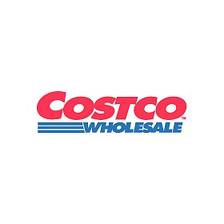 Portland, OR: Costco has agreed to a tentative $8 million settlement in a gender discrimination class action lawsuit. At the heart of the lawsuit are allegations the wholesale retailer engages in promotion practices that disadvantage women in the company: rather than posting positions internally and letting qualified candidates apply, candidates were hand-picked for promotions to managerial positions. The result was that fewer women rose to senior managerial positions.
The lawsuit alleges Costco has pursued policies and practices on a continuing basis which result in the denial of equal job opportunities to qualified women. Specifically:

Relying upon subjective, gender-based and/or arbitrary criteria utilized by a nearly all male managerial workers in making promotion and compensation decisions;

Failing to follow a uniform job posting procedure to guarantee that all employees have notice of openings;

Failing and refusing to consider females for promotion on the same basis as males are considered;

Failing and refusing to promote females on the same basis as males are promoted and compensated;

Failing to provide females with accurate and timely notice of promotional opportunities; and

Maintaining and fostering a reputation for discriminatory conduct which deters females from pursuing promotion opportunities with Costco.

The initial lawsuit was filed in 2002, and refiled in 2004. It was not certified until September 2012. If the settlement is approved, it would provide compensation for current and former employees who were incorrectly denied promotions. Claimants still with the company who were improperly denied promotions may be eligibleto receive up to $50,000, and former employees up to $300,000, depending on the position. Also part of the settlement terms is an undertaking by Costco to reform its internal promotion process, to allow employees equal opportunity to apply for management jobs going forward. A fairness hearing is scheduled for February 2014.