This is a settlement for the American International Group lawsuit.
March 25 2015 - by Lucy Campbell 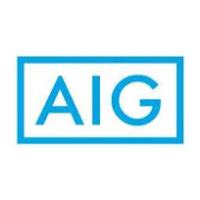 New York, NY: Final approval of a $970.5 million settlement has been granted by a judge for the US District Court for the Southern District of New York ending the securities litigation brought by shareholders of the insurance giant American International Group (AIG).The securities lawsuit alleged that AIG misled investors about the subprime mortgage exposure that led to a liquidity crisis and over $180 billion in federal bailouts.
This settlement is among the largest class-action settlements to result from litigation of mortgage-backed securities and the 2008 financial crisis. The judge noted that no potential class member objected to the terms of the deal, leading her to determine it was "fair, reasonable and adequate."

The settlement affects shareholders who bought AIG securities from March 16, 2006, to September 16, 2008. The investors alleged AIG failed to disclose risks it took on through its portfolio of credit default swaps and a securities lending program, leading them to buy stocks they otherwise would not have bought. A 2008 government rescue gave taxpayers an 80 percent stake in AIG. The government sold its stake for a positive return of $22.7 billion to the Treasury Department and the Federal Reserve.