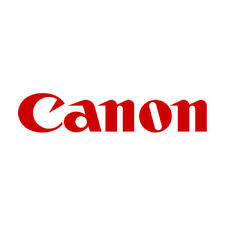 New York, NY: Preliminary approval has been granted for a $4.4 million settlement in a wage and hour class action lawsuit pending against Canon Business Solutions. The lawsuit was brought by a group of service technicians who alleged the defendant docked workers for lunch breaks they didn't take and failed to pay them for overtime worked.
The lawsuit, Steven Jones, et al. v. Canon Business Solutions, Inc, case number 2:12-cv-07195, in the U.S. District Court for the Central District of California, was filed by named plaintiffs Steven Jones and Javier Crespo, who will each receive $8,500 in incentive awards. Filed in July 2012, the lawsuit claims Canon violated New York labor law as well as California labor laws, in addition to the federal Fair Labor Standards Act (FLSA).

The plaintiffs also allege that Canon' time-keeping system automatically accounted for breaks of 45 minutes, even in the event the service technicians took shorter breaks. In some cases, the lawsuit contends, the workers "took no meal period because [Canon'] practice of scheduling work assignments, and its own directives to [the workers], did not permit them to take those meal breaks."Even in that instance, they said, Canon docked the workers' pay.

The settlement, if approved, will establish a fund of $4.4 million for the service technicians in the class, and lawyers' fees.

Posted by
Mayra Montes De Oca
on October 11, 2017
Hi i will like to know the named of a the lawer that took this case, if anyone could tell me please. Thanks
Posted by
Ronald Abrams
on February 24, 2016
I work for canon in the state of maryland. I have not been contacted anout this lawsuit