Home > Settlements > CIGNA to pay $1.6 Million in Fines and $70 Million to Policyholders

CIGNA to pay $1.6 Million in Fines and $70 Million to Policyholders 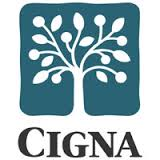 Sacramento, CA: California Insurance Commissioner Dave Jones announced that he, along with four other state insurance regulators, has reached a settlement with the CIGNA group over claims handling practices for long-term disability insurance.
The settlement is the result of individual examinations of the Pennsylvania based insurer's claims handling practices by the insurance departments of California, Connecticut, Maine, Massachusetts, and Pennsylvania.

During the claims examinations insurance department officials found claim handling irregularities, such as not giving due consideration to the medical findings of independent physicians, discounting information provided by Social Security Disability decisions, and not giving appropriate consideration to workers compensation records.

The CIGNA companies are now re-evaluating certain claims and have set aside $77 million for projected payments to policyholders potentially nation-wide whose claims were not handled properly. CIGNA is also paying a $500,000 penalty to the California Department of Insurance and $150,000 to reimburse the department for the cost of ongoing monitoring required under the settlement agreement.

Under the settlement agreement, the companies are required to:

Establish a remediation program in which the companies' enhanced claim procedures will be applied to certain previously denied or adversely terminated claims for residents of states whose insurance commissioners also signed the settlement agreement.

Participate in a 24-month monitoring program conducted by the insurance departments of the five lead states in the action involving random sampling and ongoing consultation.

Undergo a re-examination upon completion of the monitoring period.

Pay fines and administrative fees totaling $1,675,000 to the five lead state states, which are California, Connecticut, Maine, Massachusetts, and Pennsylvania.

For more information on the settlement, visit www.insurance.ca.gov.

Posted by
Deborah Cole
on September 10, 2018
CIGNA is evil. It was a paid benefit of my employment. They have denied my Long Term Disablity. I am 60 and would like to join a class action. CIGNA is one of the biggest agencies in Michigan. I am surprised Michigan is not listed here. I have worked since I was 15 and this is the very first time I am in this position.

CIGNA has mis-construed and as THEY say opined despite all of my doctors support. I cannot sit, or drive long distances and so in turn cannot work.

ALL of my short term disability was paid. It was only after my FMLA was expired that I have an issue.

Posted by
Tiffany Parnell
on October 19, 2017
CIGNA is evil, I'm convinced. My doctors and nurses have confirmed this. I just read the details of the above case, and I can assure you they have not put proper procedures into place to safeguard clients. The opposite is the case. They bypass or avoid set procedures, repeatedly, hoping client will miss adeadlines. They have repeatedly sent my LTD paperwork to the wrong facilities and providers, which gives them the right to close cases, when they don't get back the correct information. The patient is never informed of this, but yet its stated that its 'ultimately the patient's responsibility to comply, and to facilitate retrieval of paperwork.' Its impossible to comply with procedures that are either not taking place, as stated, or happening without a client's knowledge. It makes no sense at all, for anyone other than the insurance company. I have well-documented medical records, that have been faxed to them over and over, but they just keep saying they didn't get them. Its ridiculous. my doctor told me he sees it all the time, and CIGNA is the worst. His opinion is that its intentional, hoping you'll give up, and I agree with him.
Posted by
Sandra Howarth
on May 22, 2017
I was denied by Cigna had to get a lawyer he took 49 percent after two years of waiting. Finally won. Three months later case closed again sedatary work. Unbelievable I have to go through this again and when I get it back because I will with my medical conditions I am going to give almost half to pay a lawyer and by the time they win it back I will have to get review again and get to fight to live all while my health is fading and my mental state from this company not knowing where my next meal will come from..
Posted by
Alicia Jarma
on January 26, 2016
Cigna has denied my LTD, in fact they have never given me an option to apply for it.
Always asking for more or the same information over and over, I'm going on one year of misery.
My employer, of 30 years, is now going to terminate me due to the fact Cigna has not approved my disability. It is now in Appeal, which means another 45 days. This is the first time I have ever requested disability and it has been a total nightmare. I'm loosing my job due to a permanent neurological issue.