This is a settlement for the lawsuit.
September 21 2012 - by Lucy Campbell 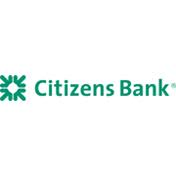 Miami, Fl: Preliminary settlements have been approved by a federal judge in Miami ending overdraft fees class action lawsuits against Citizens Bank and TD Bank. If approved, Citizens and TD Banks would be the first two of 14 banks to settle their cases. The settlement agreement will see Citizens pay $137.5 million and TD $62 million.
The lawsuit alleged the banks charged excessive overdraft fees on checking account customers. Specifically, the banks' internal computer system re-sequenced the actual order of its customers' debit card and ATM transactions, by posting them in highest-to-lowest dollar amount rather than in the actual order in which they were initiated by customers and authorized by the bank. The plaintiffs alleged that this practice resulted in bank customers being charged substantially more in overdraft fees than if the debit card and ATM transactions had been posted in the order in which they were initiated and authorized.