This is a settlement for the Burger King BOGO Consumer Fraud Class Action Lawsuit Filed lawsuit.
October 12 2017 - by Lucy Campbell 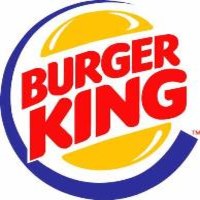 Annapolis, MD: A settlement has been reached in a consumer fraud class action lawsuit pending against Burger King. Under the terms of the settlement consumers who ordered Croissan’wiches with a coupon, will receive $2 gift cards.
According to the lawsuit, some customers who ordered their sandwiches without eggs, cheese or meat may have been overcharged and those customers who presented a buy-one-get-one-free coupon paid a higher price for the sandwich.

The lawsuit was filed by Burger King customer Koleta Anderson, in Maryland federal court on May 2017, on behalf of aggrieved breakfast patrons who alleged they were overcharged when using a coupon. This resulted in Burger King conducting its own investigation into the allegations.

According to court documents, Burger King Corp did in fact find that customers who used a buy-one-get-one-free coupon to order two of the breakfast sandwiches that were modified to exclude eggs, cheese or meat may have been charged the cost of a regular Croissan’wich instead of the lower cost of the pastry without the eggs, cheese or meat.

The faulty point-of-sale programs that caused the overcharges have been updated, Burger King said. Further, the restaurant chain has agreed to give $5 to customers who have a receipt showing their overcharge on modified BOGO Croissan’wiches, and $2 gift cards to customers who meet certain other terms.

The proposed settlement also includes a permanent injunction barring the fast-food chain from repeating the mistake.

Anderson will receive a service award of $500 for assisting in the case.