This is a settlement for the Kashi and Kellogg Face Consumer Fraud Class Action over Sugar Labeling lawsuit.
June 27 2014 - by Lucy Campbell 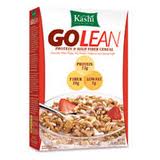 Los Angeles, CA: A settlement has been reached in a consumer fraud class action lawsuit pending against Kashi Co. According to the terms of the settlement, a fund of $5 million will be established by Kashi, which will resolve claims of false advertising, the grounds for the class action.
Specifically, the Kashi consumer fraud lawsuit, entitled Astiana v. Kashi Co., Case No. 3:11-cv-01967-H-BGS alleged the food manufacturer misled consumers by claiming that certain of its products are "All Natural"and "Nothing Artificial"even though they contained synthetic ingredients, such as pyridoxine, hydrochloride, calcium pantothenate and/or hexane-processed soy ingredients.

To read the full details and download forms, visit: http://www.naturalclasssettlement.com/claim