This is a settlement for the Korean Air lawsuit.
September 9 2013 - by Lucy Campbell 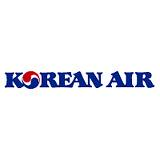 Los Angeles, CA: A settlement has been reached in the antitrust class action lawsuit pending against Korean Air. The lawsuit, entitled In re Korean Air Lines Co., Ltd. Antitrust Litigation, alleges Asiana and Korean Air's ("Defendants") conspiracy to unlawfully increase the cost of passenger airfares and the fuel surcharge element of ticket prices.
In 2011, Asiana settled this case, and the Court granted final approval of the settlement. Korean Air has now agreed to settle the case to avoid the cost and uncertainty of going to trial. Korean Air has agreed to pay $39 million in cash and $26 million in travel coupons. This is in addition to the $11 million in cash and $10 million in travel coupons Asiana paid when it settled.

The proposed Settlement affects air travelers who flew to and from Korea. Individuals who bought plane tickets in the United States from Asiana Airlines, Inc. ("Asiana") and Korean Air Lines Co., Ltd. ("Korean Air") for air travel between the US and the Republic of Korea between January 1, 2000 and August 1, 2007 could be affected by the case. The case was filed in the United States District Court for the Central District of California.

Chicago Clearing Corporation has been appointed by the Court to be administrator for the coupon portion of the settlements. It will create a mechanism to aid class members in the transfer or exchange of coupons. Complete details about the Settlement and the claims process can be accessed on the Settlement Administrator's website at www.KoreanAirPassengerCases.com. Individual passengers and businesses that bought an Asiana and/or Korean Air ticket from January 1, 2000 to August 1, 2007 could be entitled to cash benefits and travel coupons. The ticket(s) must have been purchased in the US for a flight originating in the US and ending in Korea, or a flight originating in Korea and ending in the US. In order to receive benefits, Class Members will need to file a Claim Form. Class Members may file a claim directly online at the website www.KoreanAirPassengerCases.com. Class Members can also download, print, and mail in a copy of the Claim Form, or request that a Claim Form be mailed to them. All claim forms must be submitted online or postmarked by December 31, 2013.

Class Members that do not wish to be included in the Settlement can ask to be excluded from the Class. They will not get any money or benefits from this lawsuit, but they will keep any rights to sue Korean Air for these claims, now or in the future, and will not be bound by any orders or judgments of the Court. Class Members must exclude themselves in writing by October 25, 2013. For more information regarding this lawsuit and Class Member rights, including how Class Members can exclude themselves and how to get a copy of a detailed notice, please visit www.KoreanAirPassengerCases.com, call 1-888-261-1921, or write to: Korean Air Passenger Antitrust Litigation, P.O. Box 2436, Faribault, MN 55021.