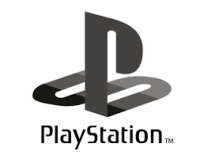 New York, NY: A $3.75 million settlement has been reached between PlayStation and a nationwide class of plaintiffs, potentially ending the defective products lawsuit against the game company.
You are a Class Member if you purchased a Fat PS3 in the United States between November 1, 2006 and April 1, 2010 from an authorized retailer for family, personal, and/or household use and you: (1) used the Other OS functionality; (2) knew about the Other OS functionality; or (3) contend or believe that you lost value or desired functionality or were otherwise injured as a consequence of Firmware Update 3.21 and/or the disablement of Other OS functionality in the Fat PS3.

You are eligible to receive a cash payment of up to $65 if you submit a valid and complete Claim Form. Because settlement funds will be distributed to Class Members on a pro rata basis, the exact dollar amount that each Class Member will receive will depend on the total number of valid claims that are submitted.

If you previously submitted a claim form in the earlier settlement in this matter, you will automatically be included and do not need to submit another claim form.

If you have a similar problem and would like to be contacted by a lawyer at no cost or obligation, please fill in our form on the right.
Fill Out A Claim Form
Click here to visit the Claims Administrator website for PlayStation Settles Class Action over Functionality
Submit a New Complaint
Been wronged by a similar product or service?
Click here to send us your complaint.