This is a settlement for the PNC Financial Service lawsuit.
June 27 2012 - by Lucy Campbell 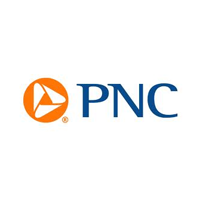 Coral Gables, FL: PNC Bank has agreed to pay $90 million to settle a class action lawsuit which accused the bank of improperly manipulating its customers' debit card transactions in order to generate excess overdraft fees revenues. The lawsuit, part of multidistrict litigation involving more than 30 different banks entitled In re Checking Account Overdraft Litigation, is pending before U.S. District Judge James Lawrence King in Miami.
The lawsuit claims that PNC Bank's internal computer system re-sequenced the actual order of its customers' debit card and ATM transactions, by posting them in highest-to-lowest dollar amount rather than in the actual order in which they were initiated by customers and authorized by the bank. According to the lawsuit, PNC Bank's practice resulted in its customers being charged substantially more in overdraft fees than if the debit card and ATM transactions had been posted in the order in which they were initiated and authorized.

PNC Bank is not the first bank involved in this multidistrict litigation to settle similar claims. In addition to a $410 million settlement with Bank of America approved last year, settlements with JPMorgan Chase Bank, Citizens Bank and TD Bank have been announced in recent months.