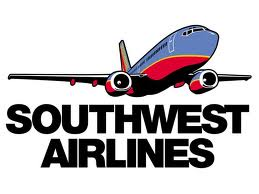 Houston, TX: Southwest Airlines has reached a tentative settlement of a pending class action lawsuit over drink vouchers. Included in this Settlement are Southwest customers who received a drink coupon with the purchase of a Business Select ticket prior to August 1, 2010, and did not redeem the drink coupon.
Filed in 2011, class action lawsuit plaintiffs, Adam Levitt and Herbert Malone, alleged the airline' policy changes around its drink vouchers, which became effective after August 1, 2010, amounted to a breach of contract and made the coupons worthless. The policy change stipulated that while the drink vouchers had no expiration date, they could only be used on the dates voucher holders were traveling. The vouchers were issued to passengers for alcoholic drinks.

The settlement includes Business Select passengers who were issued vouchers before August 1, 2010. Based on Southwest' charges of $5 per alcoholic drink, the settlement may cost the airline as much as $29 million, with some 5.8 million vouchers up for redemption. The final fairness hearing is set for May, 2013.

The proposed settlement includes damages for Class Members who received Southwest drink coupons through the purchase of a Business Select ticket prior to August 1, 2010, but did not redeem those drink coupons for a free drink. Eligible class members must file a claim before September 2, 2013. For full details of the settlement and to download claim forms visit : southwestvouchersettlement.com .